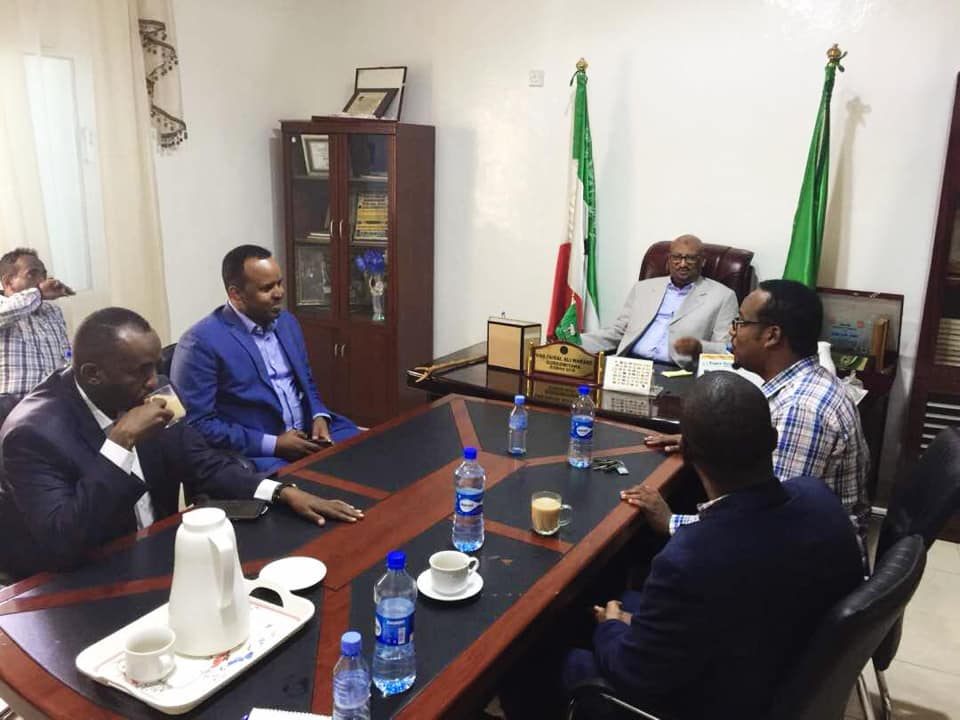 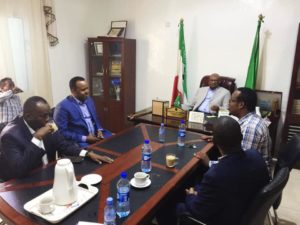 HARGEISA– The Justice and Welfare party leader (UCID) in Somaliland Hon. Faisal Ali Warabe on Sunday received a delegation from Ethiopia’s Somali region youngsters who spearheaded the revolt that led the topping of its ex-leader, Abdi Mohamud Omar a.k.a Abdi Iley. The chairman of UCID party met and received the delegates in his office in Hargeisa.

Hon. Abdirashid Ali Shu’a local politician is leading the delegates and has expressed thanks to UCID leader for the warm and cordial hospitality that he accorded to them during their courtesy call to Somaliland. The youngsters have said that they cannot express in words the support they got from Faisal during ousting of former leader in Ethiopia’s Somali region.