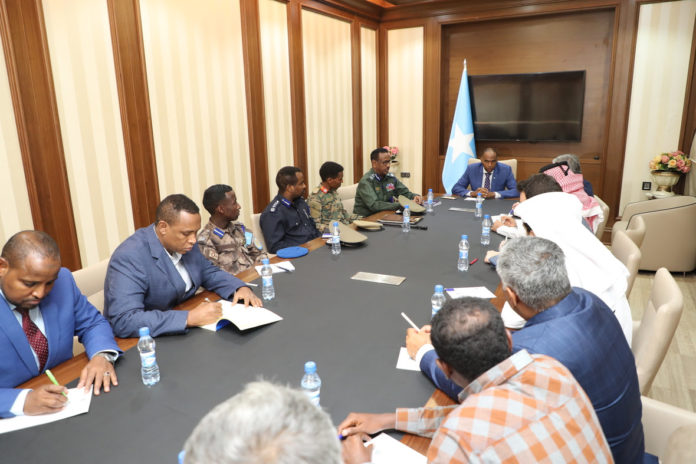 Somalia has vowed to secure the engineers and workers at the Mogadishu-Afgoye highway construction following the recent attacks on Turkish engineers.

At least three people were killed and 20 others injured last Saturday after a suicide car bomb targeted the highway workers outside the Somali capital Mogadishu.

In a meeting with police and armed chiefs which was also attended by Turkish and Qatari envoy.

Somali PM Hassan Ali Khaire called upon the chiefs to come up with a developing mechanism for the safety of Turkish constructors building Mogadishu-Afgoye highway.

In a statement from his office, the PM underscored the construction of the road and said that it will not be deterred by any acts of terrorism.

The PM urged the constructors to accomplish the road which he says is vital in facilitating the movement business, development and economic growth of Somalia.