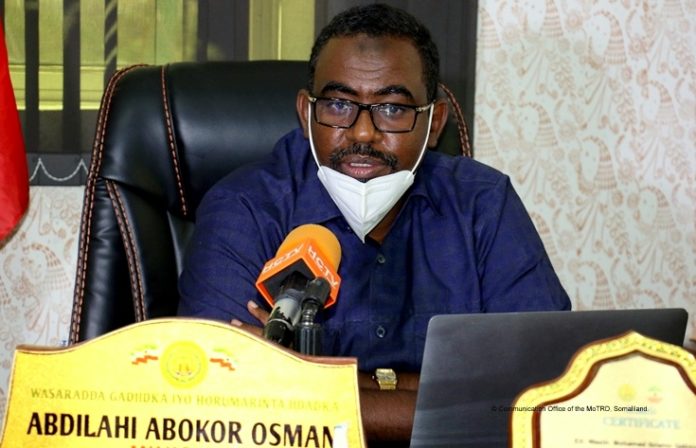 Minister of Transport and Road Development in Somaliland Abdillahi Abokor Osman, has confirmed that he has officially recovered from Covid-19, after been diagnosed positive on the 5TH, June 2020.

In an interview with HCTV, Minister Abdulahi Abokor advised the public to adhere with the directives issued the Ministry of Health so as to avoid been infected by COVID-19.

“It is true that on the 5 June 2020, I volunteered to go to the hospital, after experiencing a mild fever, and after the undergoing tests the doctors confirmed, I was positive, and my disease doesn’t need to be highlighted in the media , so I quarantined myself and started treatment in and in accordance directives issued  by the Ministry of Health ,” said the Transport Minister.

He added, “I want to inform fellow Somalilanders who seem to politicizing the issue a little bit, COVID-19 is similar to most types of Flu but can affect the health of a person depending on his resistance to the disease. People pass away every day due to many factors such as malaria or heart attack so we should not exaggerate the disease.

The Minister of Transport added that after observing the self-isolation period, I visited the hospital on the 15th of June 2020 whereby, I underwent further tests, which showed I was fully cured of the disease, thank God I am now well and have already assumed my official duties. I would like to use this opportunity to thank all those well-wishers for their prayers. Prevention is better than cure thence why people should be cautious especially senior citizens.

When asked about reports carried by a section of the media that purported that the recently appointed committee tasked with overseeing the construction of the Berbera Corridor was to work independently from the Ministry of Transport and Roads Development and was answerable to the President only he said, “I saw that report and it really looks like that statement was falsified and lacked any merit whatsoever, one thing you must understand the Ministry has a structure which includes the number of departments and then units which are tasked with managing of the various ongoing projects. There are four projects under our control and one is working with the African Development Bank, and has its own Project Technical Team (PTT) headed by a managing director who manages the day-to-day work the same applies with Somaliland Development Fund (SDF) that has its own PTT which acts on behalf of the Minister and the government as a whole to monitor and sustain the work. There is another project currently underway by GTZ, which also has its own PTT, and a manager who tasked is building the Hargeisa bypass and all selected by the Ministry of Transport apart from the manager who is hired for his expertise. The formation of the current unit came about when the President, Ministry of Transport, and Abu Dhabi Development Fund saw the need to speed up the ongoing construction after delays.

Hon. Abdullahi Abokor Osman further indicated that in the Presidential directive there is one point stated that the project implementation unit (PIU) forward their monthly reports to the President, and their performance shall be monitored by the Ministry of Transport which will be responsible any assistance, payments, and facilities need for the PIU to conduct its work properly as stipulated in article 2, 3 and 11.

The Minister lastly said, “I want to clarify the facts, although this letter is not intended for the press, I can show you if you need it (HCTV reporter) and I want to make the Somaliland public to know the truth and no independent committees were appointed as falsely reported, what we formed was Project implementation unit(PIU) otherwise known as Project Technical Team (PTT) which will be responsible monitoring and the construction work of the Berbera Corridor, and we plan to meet on Thursday for consultation and then they will begin their work they’re tasked with. 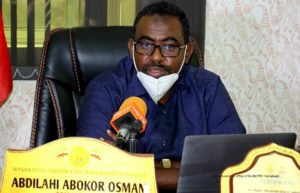 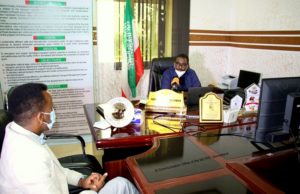