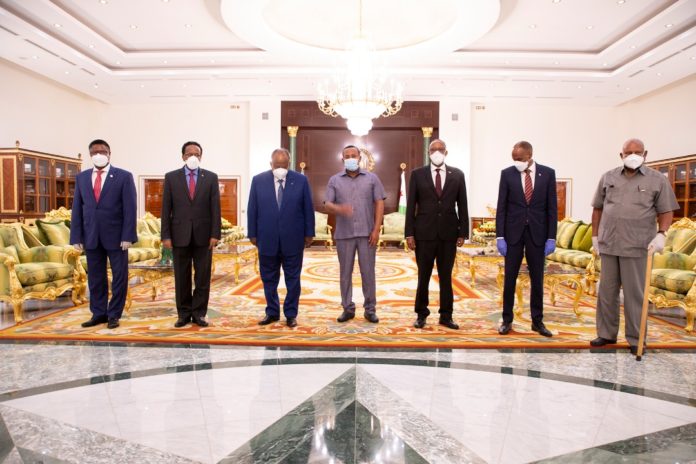 The talks were on the brink of collapse. He said that members of Somalia’s delegation were not serious and did not have a good grasp of the basics of what is being debated as far as the talks are concerned.

He revealed that they want to tie Somaliland’s sovereignty to international aid and later politicize it.

The Minister has disclosed that the main point of contention is a demand made by Somalia’s team in which they demanded the free movement of politicians and residents hailing from South to Somaliland.

The minister has reiterated that Somaliland has rejected Somalia’s demands which Somaliland sees as relegating its sovereignty to that of regional states in Somalia.

A clause in the Communique on the talks issued by Djibouti authority called on both sides to refrain from politicizing aid and development.

The Djibouti president, Ismail Omar Geulleh along with US ambassador to Somalia, Donald Yamamoto are trying to revive the talks between Somalia-Somaliland.

Farmajo, Somalia’s president returned to Mogadishu yesterday after the two technical committees have gotten down to business.

President of Somaliland Musa Bihi Abdi is still in Djibouti.