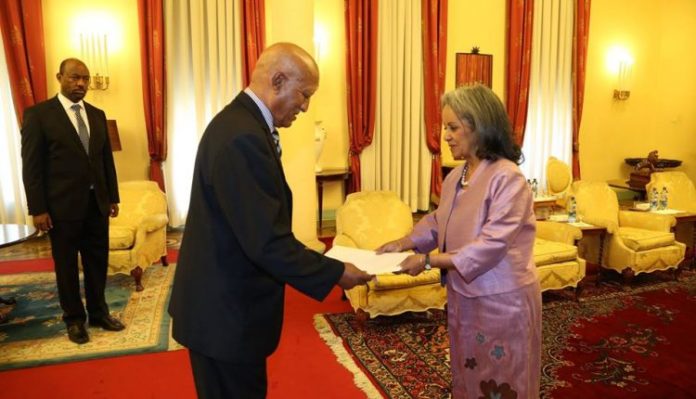 Addis Ababa, December 27, 2018 (FBC) –President Sahle-Work Zewde has received credentials of ambassador of Eritrea to Ethiopia, Semere Russom, at a ceremony held at the National Palace.

He served as Eritrean Ambassador to the United States and Canada.

Ethiopian and Eritrea restored their relations with the signing of joint declaration of peace and friendship agreement in Asmara last July.

Ethiopia appointed Redwan Hussein as its Ambassador to Eritrea.

The newly appointed ambassadors of Somalia , Egypt , Tunisia and Thailand also presented their credentials to the President .