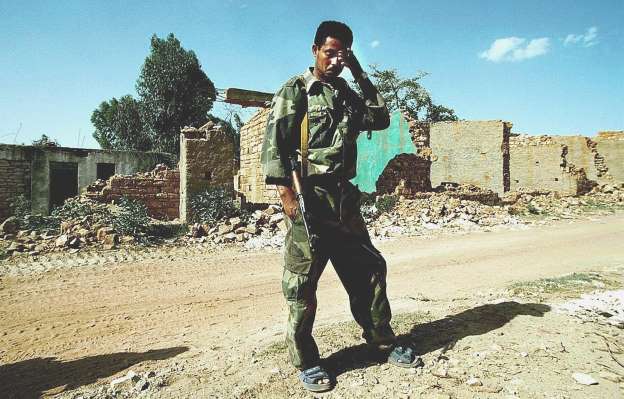 The border crossing between Ethiopia and Eritrea closed this morning for reasons not disclosed yet, according to informants from the area. The main road between Zalambessa and the Eritrean town of Serha is no longer accessible since this morning after Eritrean soldiers were deployed in the area, sources say. The border was officially opened following the rapprochement between the one-time enemies on September 10.

After its opening up, people from both countries were crossing the border without official permission, the informants said. Buses and trucks, as many as 400 have been making their way across the frontier every day. But since this morning, Ethiopian nationals heading in the direction of Eritrea were told to have special permit from the federal government detailing the purpose of their visits, the informants said. Vehicles, some of them carrying perishabel food, fruits and vegetables have been blocked and travellers stranded. Security has been tightened in Eritrea after an attempt was made on the life of General Sebhat Efrem, former minister of defence and current minister of mining, according to some reports. It is not yet clear if the latest restriction on the border area had any relation to that. Business people in the area are already worried about possible economic and social disruption because of closed border roads, witnesses say.

Even after the rapprochement, only two border checkpoints in a more than 1,000 kms common border were re-opened. The crossing through Badme and Humera remain closed.