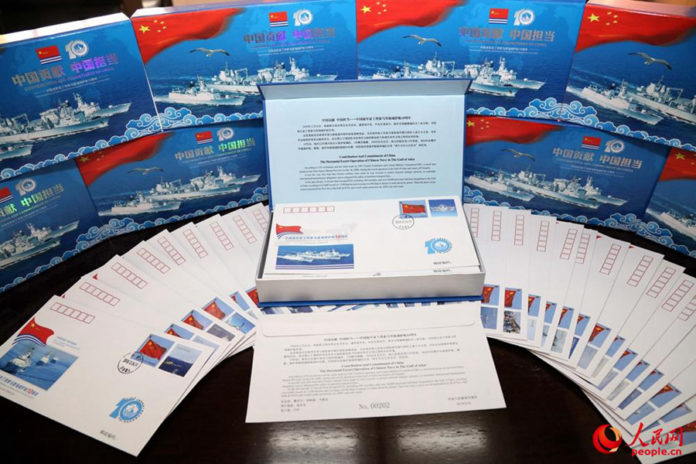 The Chinese People’s Liberation Army (PLA) Navy released 32 commemorative envelopes on Dec. 26 to commemorate 10 years of convoy missions in the Gulf of Aden and Somali waters.

The Chinese Navy began escort missions in December 2008. In the past 10 years, the Chinese Navy has sent out 26,000 officers and soldiers, escorted 6,600 ships and successfully rescued or aided more than 70 Chinese and foreign ships.

The series of themed envelopes record the major moments of the 10-year mission. (Photo/Wu Haoyu)