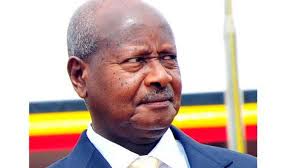 Johannesburg – Ugandan President Yoweri Museveni has threatened to withdraw his country’s forces from the UN peacekeeping mission in Somalia if the organisation goes ahead with a plan to reduce the number of troops involved with the mission.

Museveni issued the warning during a recent high-level ministerial meeting with ministers in charge of refugees from the Great Lakes Region in the Ugandan capital Kampala, the East African reported. Most of Amisom’s force of 21 626 troops come from Uganda.

The Uganda president added that he recently informed the UN Security Council (UNSC) that his country would withdraw its entire contingent of 6 400 peacekeepers from Somalia if the UN proceeds with the plan to downscale operations in Somalia.

The UN Security Council passed a resolution in 2017 which proposed the phased cutback of peacekeepers in Somalia, with a full pullout by 2020, due to budget restraints and irregular funding from member states.

But the Ugandan leader said this plans showed a “total lack of seriousness” in ridding Somalia of the Al Shabaab threat on the part of the international organisation.

“They recommended I should reduce the number of soldiers but I will not reduce even a single one, unless I take all of them out of Somalia,” said Museveni.

Troop-contributing countries to the peacekeeping force in Somalia also argue that the total number of peacekeepers deployed in Somalia is insufficient to rid the country of Al Shabaab. Instead, they argue that the number needs to be increased.

Museveni further asserted that his efforts to convince current UN Secretary-General Antonio Guterres, and his predecessor Ban Ki-Moon were rebuffed.

Burundi has also threatened to withdraw its troop following an announcement by the African Union that it would cut 1 000 troops by the end of February in line with the new Amisom operations blueprint known as the Concept of Operations.