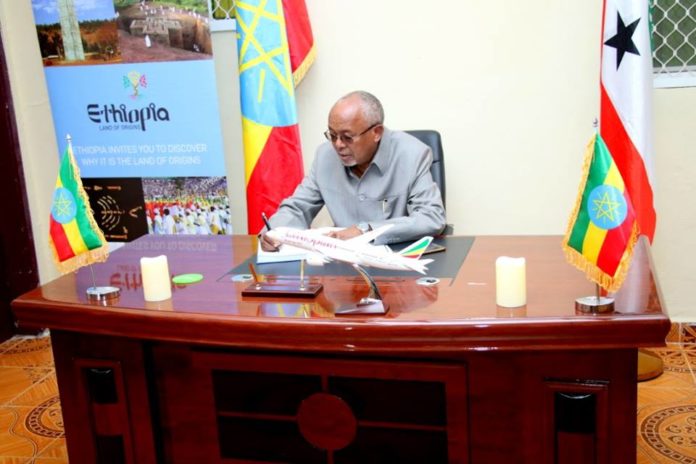 HARGEISA– The Vice President of Somaliland His Excellency Abdirahman Abdilahi Ismail aka “Sayli’i” has paid a courtesy call to the Ethiopian consulate to Hargeisa today and passed a condolence to the consul over the crash of Ethiopian airlines killing 157 people on board. The VP has extended his deepest condolences to the governments and peoples of Ethiopia involved in the fatal crash of an Ethiopian Airlines jet on Sunday, March 10, 2019.

The plane crash just minutes after taking off from Bole Int’l airport killing all 157 people on board. The plane was heading to Niarobi, the Kenyan capital. The deputy president has offered profound sympathies to the bereaved families and implored them to take solace in the Almighty Allah. The VP has signed a book of condolences at the Ethiopian consulate over the Ethiopian airline crash.  Director General for the presidency Ms. Mohamed Ali Bile accompanied the VP.