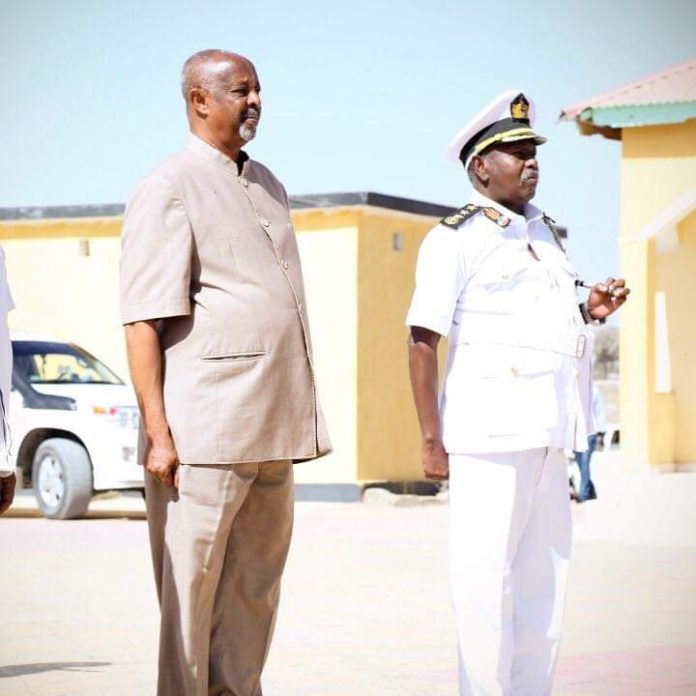 HARGEISA– The minister for internal affairs, Mr. Mohamed Kahin has attended the conclusion of a training exercise held by the coast guards on Sunday. Coast Guard officers participated a seminar which was aimed at enhancing their marine skills that was conducted by UK’s Royal Marines. The exercise aimed to train the Coast Guard preparedness, especially to protect maritime boundaries.  The minister of interior upon arriving at the coast guard headquarters was warmly received by the coast guards chief, Admiral Mohamed Husein Farah aka Xirane and other officers. He was saluted by coast guards unit. The minister also presented the officers who completed the training certifications. The coast guard chief briefed the visiting minister about the duties of the forces.