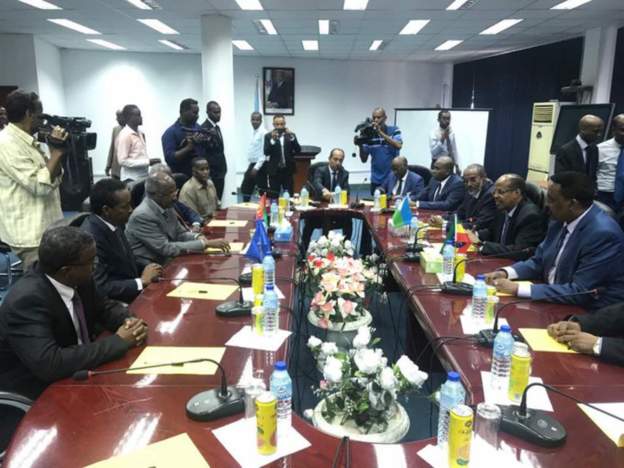 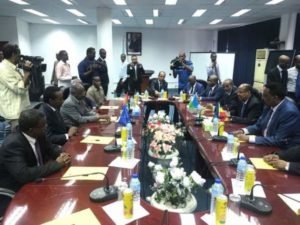 Foreign ministers from Ethiopia, Eritrea and Somalia arrived in Djibouti Thursday to initiate talks on the resolution of the border dispute between Asmara and the host nation.

“The delegation will consult with Djibouti on how to resolve the border conflict with Eritrea peacefully…We want to make the region to be free from war and become peaceful,” said Ethiopian Prime Minister Abiy Ahmed, who spoke about his visit to Asmara upon arrival in Addis Ababa.

The sending of the ministerial delegations follows the agreement signed by the heads of state of Ethiopia, Eritrea and Somalia on Wednesday.

Djibouti and Eritrea have been in dispute over the Doumeira mountain and island, which the former claims were being illegally occupied by Asmara.

In July 2018, Djibouti indicated that it was seeking the assistance of the UN to resolve the dispute.

Djibouti’s ambassador to the UN Mohamed Siad Doualeh, in a letter to the Security Council, said they wanted an international mediation with Eritrea.

“Eritrean forces continue to occupy Djiboutian territory, prisoners of war remain unaccounted for, threats of force continue to emanate from the Eritrean side and the risk of violent confrontation is once again high,” Mr Doualeh said.

He stressed that the mediation would help avoid any escalation of the crisis.

Reports show that after Qatar withdrew its peacekeeping force in the disputed area in June 2017, the tension between the two countries mounted.