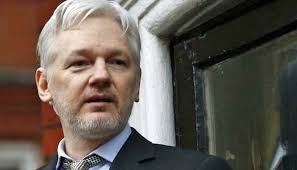 WikiLeaks founder Julian Assange has arrested by British police and has been removed from the Ecuadorian embassy, Metropolitan Police confirmed.

In a statement the police said: “He has been taken into custody at a central London police station where he will remain, before being presented before Westminster Magistrates’ Court as soon as is possible.

“The MPS had a duty to execute the warrant, on behalf of Westminster Magistrates’ Court, and was invited into the embassy by the Ambassador, following the Ecuadorian government’s withdrawal of asylum.”

In a video statement, Lenin Moreno, the president of Ecuador, said the situation had become “unsustainable” and “no longer viable”.