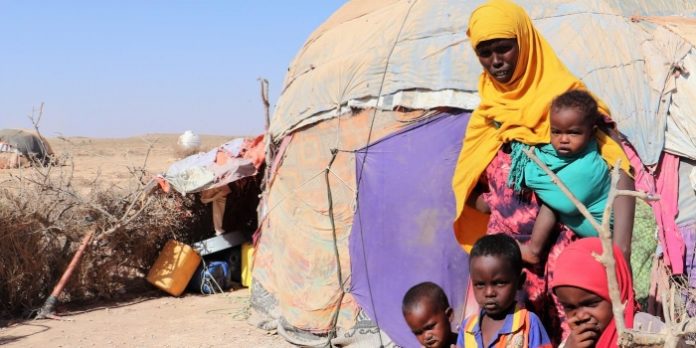 Displacement of families is rising with evictions, conflict and drought the top causes.

“We are seeing a tragic trend this year, with more and more people displaced by drought and conflict in Somalia. Seeking aid to survive, families flee to urban areas, erecting makeshift shelters wherever they can. This leaves them vulnerable to evictions, adding to their already desperate situation,” says Kennedy Mabonga, Regional Programme Director for the Norwegian Refugee Council (NRC).

Over 137,000 people fled their homes in the first quarter of 2019, according to the UNHCR led Protection Returns Monitoring Network. The number of people displaced has increased month by month, with 51,000 fleeing in March alone. Overall 2.6 million people are currently displaced within Somalia.

Across the country, different regions have been hit by different crises, forcing thousands of families to leave their homes. Drought has been worst in Somaliland, Puntland, Mudug and Galgaduud regions. Conflict continues in the Middle and Lower Shabelle regions. Evictions are an ongoing problem in Mogadishu and other cities. Additional displacement causes include flooding, insecurity and lack of livelihoods, among others.

The drought has caused an increase in clean water prices in affected areas. In Somaliland the Ministry of Water Resources Development declared a state of water emergency, with plans for government supported water trucking to several regions. In parts of Puntland the price of water rose as much as 25 per cent, which many vulnerable families cannot afford.

“Conflict, drought and evictions are a triple threat to Somali families. We’re alarmed that the number of Somalis forced to flee is rising month after month. Conflict and airstrikes has forced thousands to flee in fear. Drought has hurt farmers and pastoralists, causing migration to cities. Meanwhile, forced evictions in urban areas are rising,” says Mabonga.

The 2019 UN humanitarian aid appeal for Somalia is asking for $1.08 billion for humanitarian programmes, but only 13 per cent of the appeal is funded to date. Previous funding shortages in Somalia have led to deteriorating crises. Without sufficient aid, programmes necessary for their survival will be under threat, such as for food, clean water and medical care.

NRC urges the international community and donor agencies to scale up their support for Somalia, to save lives and prevent the current crisis from deteriorating.