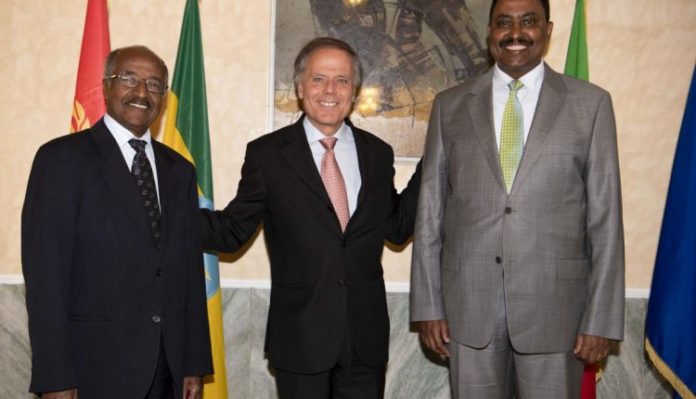 Addis Ababa October 27/2018 Italy has appreciated the peace accord between Ethiopia and Eritrea and pledged to extend all the necessary support for its realization.

Following the discussion, Foreign Minister Milanesi said Italy will further consolidate its cooperation in infrastructure, energy, investment, trade, and human resource development as well as other sectors in the countries.

According to a statement of Ministry of Foreign Affairs, Workneh has also met with high-level officials of Food and Agriculture Organization (FAO), World Food Program (WFP) and International Fund for Agricultural Development (IFAD) to discuss about ways of supporting the development and reform in Ethiopia.

During his discussion with FAO Director-General Jose Graziano Da Silva, Foreign Minister Workneh thanked the organization for the financial, technical and capacity building supports to Ethiopia, calling for more assistance to consolidate the all-round development effort of the country.

The minister said the peace accord between Ethiopia and Eritrea has created relative peace in the region.

He further called on United Nations organizations to continue their support so that peace and stability could prevail in the region.

The director-general on his part promised to strengthen support to Ethiopia as the peace created internally and in the region by the country is helpful for the operation of FAO.