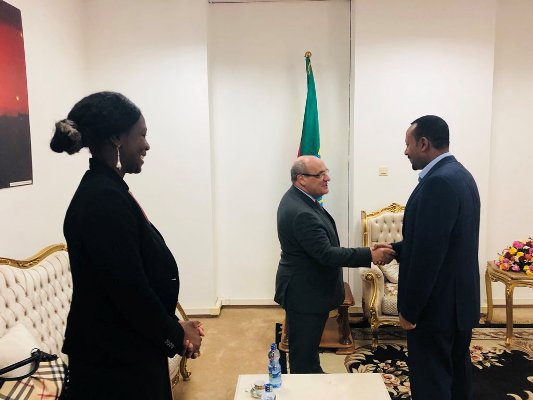 The Premier’s appreciated IOM’s work and commitment to the orderly and humane management of migration, according to Fitsum Arega, Chief of Staff at the Prime Minister’s Office.

Mr Antonio congratulated the Prime Minister for his efforts in achieving fast reforms, welcoming refugees, making peace with Eritrea and with the region and for his leadership in empowering women including the recent gender party in the new cabinet and election of the first women president in Ethiopia