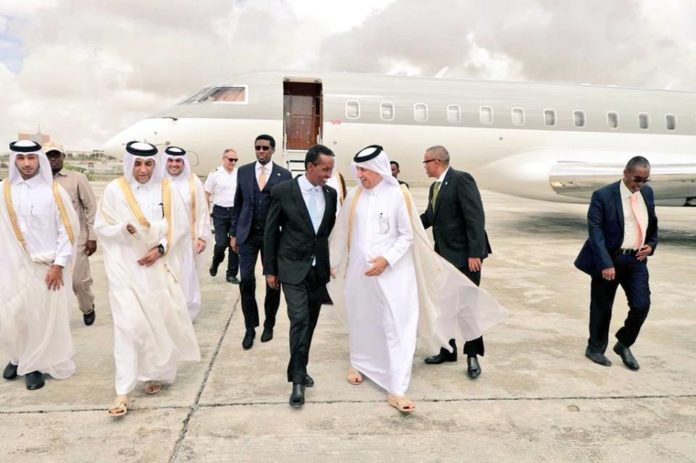 State minister and minister for foreign affairs of Somalia greeted the Qatari delegation upon arriving at Aden Adde airport.

The delegation is part of foreign dignitaries that have attended the Organisation of Islamic Cooperation Ministerial contact group meeting, the first of its kind to open in Somalia since IOC inception in 2007.

Foreign delegates from 57 members are attending the meeting which kicked off shortly in Mogadishu and is expected to deliberate on key issues that will have positive ramifications on Somalia.

The group is expected to intensify its calls to the UN Security Council to lift the arms embargo on Somalia.

They said that once arms embargo is lifted from Somalia then that will facilitate the country to build its robust security forces so that the country must stand on its feed once again.

The group will reiterate that members states must open and re-open diplomatic missions in Mogadishu to further consolidate ties. 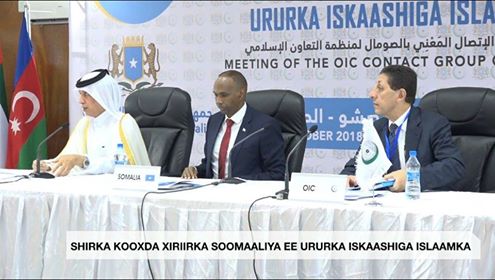 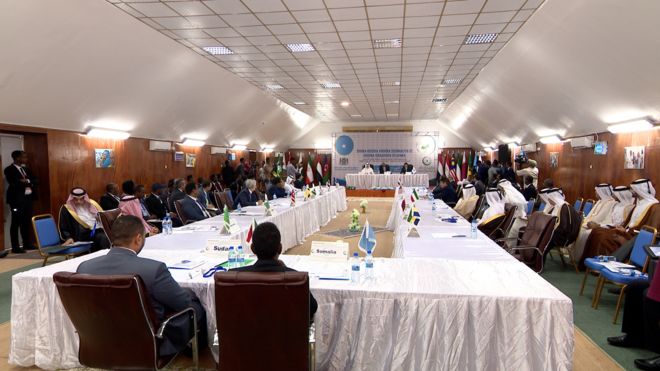