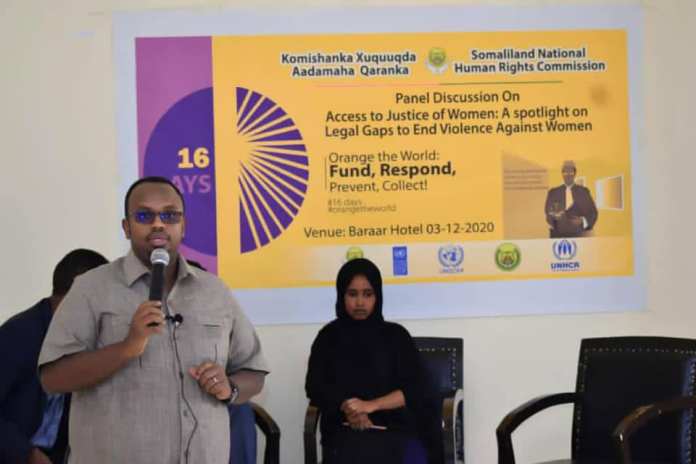 The Somaliland National Human Rights Commission has held a meeting to raise public awareness on violence against women and how to stop it.

Director General of the SLNHRC Abdisamad Sa’ad speaking at the meeting said that the purpose of the meeting is part of 16-day international campaign against violence against women and vulnerable people and how women can achieve lasting justice.

The director general said he hopes the meeting will result in ways to address the challenges and ensure that everyone, women and the community have their rights.

Raqiya Ibrahim stated the topic is how women can get justice, as they are among the most vulnerable, and needs a place where they can get free legal services.

Raqiya added, one of the legal gaps, include earlier issued decree banning rape cases being handled culturally has not reached the legal offices in the eastern regions, and is still being handled in a traditional manner.

The campaign will run for 16 days and will feature report reviews, discussions and action plans on violence against women and vulnerable people.