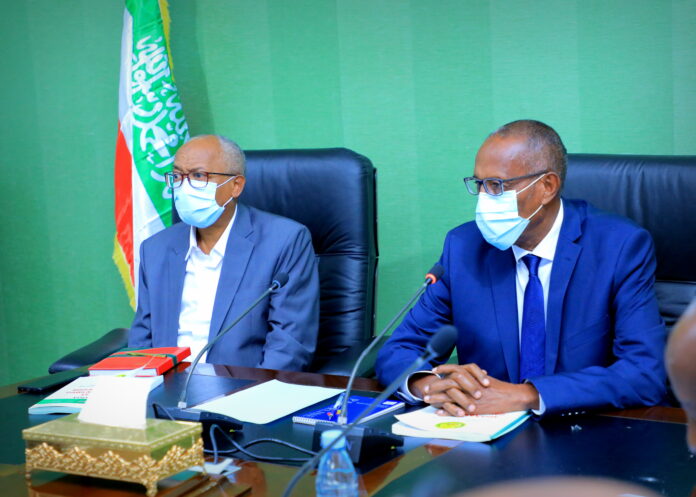 In an extra-ordinary cabinet meeting held yesterday at the Presidency the council of ministers voted unanimously to endorse the 2021 national budget.

Chaired by the President H.E. Musa Bihi Abdi, a six factors-prong entailed budget will mainly prioritize on ten sectors as per focus.

Flanked by his deputy H.E. Ibrahim Abdillahi Ismail Seyli’i, the Head of State oversaw an intense debate over the budget whose brief were distributed to the ministers ten days earlier on for perusal.

According to the press circular from the presidency signed by spokesperson Mohamed Jama Warsame, the 2021 budget is based on the ruling Kulmiye party’s pledged policies hence is based on National Development Plan II; this being the thirtieth one the nation has had.

It is also articulated to the public finance management (PFM) technical alignment.

The national budget which consists factorials of the central and local government, the parastatals, the Somaliland Development Fund (SDF), World Bank and the Joint Programme on Local Governance (JPLG) will mainly prioritize and zero in on the following sectors:-

The budget is earmarked at 2.882 billion SL Shs. It surpasses the past years budget by 2.7%.

The budget will thereafter be sent to the parliament for further scanning as per constitution.