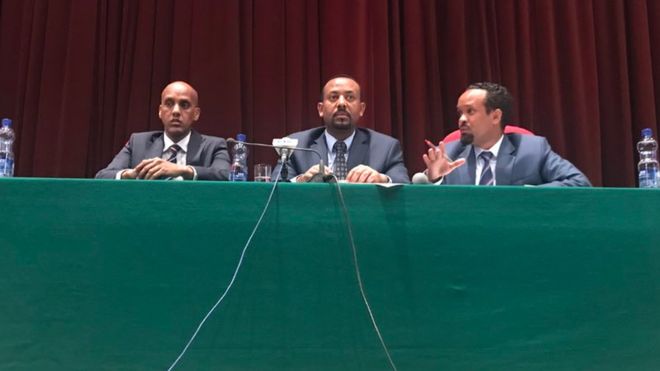 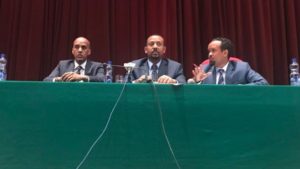 ADDIS ABABA— The Ethiopian premiere, Hon. Abiy Ahmed on Friday conferred with more than 7000 delegates hailing from the turbulent Somali region. This was the first of its kind that Ethiopian Prime Minister get together with Somali delegations since his appointment as Ethiopian leader in March this year.

The summit in Addis Ababa was attended by 7000 delegates but it was planned that more than 1000 delegates were supposed to be in attendance at the high level talks with Ethiopian leader. At least 30 people spoke on behalf of the delegates who stressed the domestic problems that the region is faced with at the moment. The issues that were high on the agenda of talks included gross human rights violations committed by the ex-leader in the Somali region, economic hardships and other issues.

Mr. Abiy has revealed that the 5 percent allocation was misinterpreted and he stressed that the 5 % will go the nomads that are inhabiting nearby where the oil and gas was discovered. The gold extraction from Oromo region will be benefited by all Ethiopian nationals and the same applies to the Gas and Oil discovered in Ethiopia’s Somali region said PM, Abiy. The high level meeting between Ethiopian PM and Somali delegates just comes following the wind of change that transpired in the Somali region which saw the deposing of embattled leader, Abdi Iley who is believed to have blood in his hands. He is now under house detention as he is awaiting to be brought before a court of law for his crimes against humanity that he committed during his tenure.

A new culture is being cultivated in Ethiopia which is spearheaded by Ethiopian PM, Abiy Ahmed who is also pushing for political reforms in his country. This was a chance in which the PM had the chance to listen and address the genuine grievances from Somali delegates. All rebels including the Ogaden National Liberation Front (ONLF) which is fighting in the Somali region and Oromo Liberation Front (OLF) both announced cessation of hostilities and end their complaints by fostering dialogue as Abiy Ahmed invited to the negotiation table. Both rebels have laid their arms and are now part of Ethiopia which is pushing for political reforms. 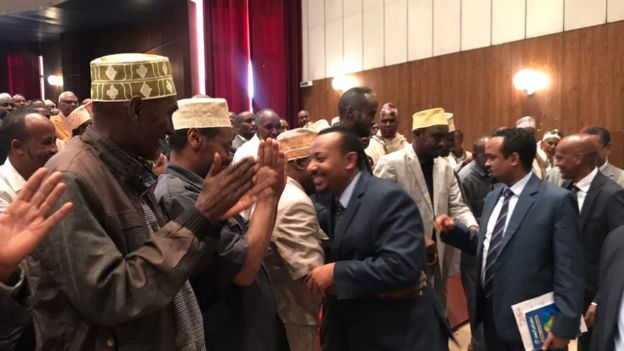 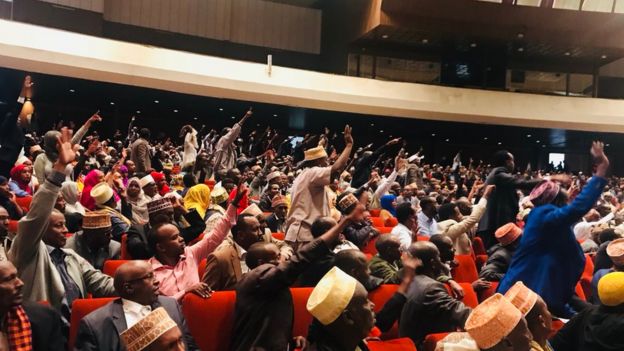 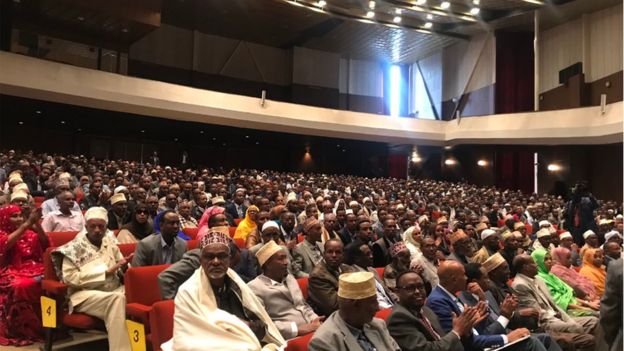