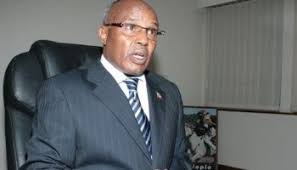 The Ethiopian Federal Government has replaced its Consul General to Somaliland. There are no official statement from the Ethiopian gov’t but local Somali paper, Geeskafrika, has confirmed that Mr. Shamsudin Ahmed Roble, has been changed. The Ethiopian Consul General is reported that he has been out of office for the last couple of months. It is reported that the Ethiopian Gov’t has nominated his replacement and will arrive in Somaliland in the days to come. Contacts with Somaliland ministry of foreign affairs were not possible. The daily day operations pertaining to visa issuance at the Ethiopian Consulate General is going on smoothly. Mr. Shamsudin assumed the post in January this year whereby he took over from his predecessor, Brigadier General Berehe Tesfai who served as Ethiopia’s General Consul to Somaliland for ten years. The replaced Ethiopian General Consul to Hargeisa, Shamsudin was a protagonist at the Ethiopian ministry of foreign affairs and served as ambassador to Djibouti and Kenya.