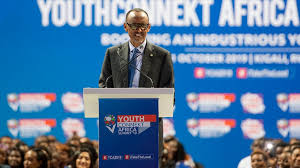 Rwandan President Paul Kagame spoke for the first time on the issue of Somaliland’s recognition, after a Somaliland woman requested Rwanda to recognize Somaliland.

Paul Kagame called the Somaliland Independence issue a difficult question, saying that when recognition is required it’s usually through an international program guided by law and politics.

“I can do nothing personally, now that I’m talking about it, the need is to meet those requirements.” said Kagame who was speaking at an African youth conference in Kigali, Rwanda.

Mr. Kagame continued to discuss the over all issue of Somalia’s cohesion problems.