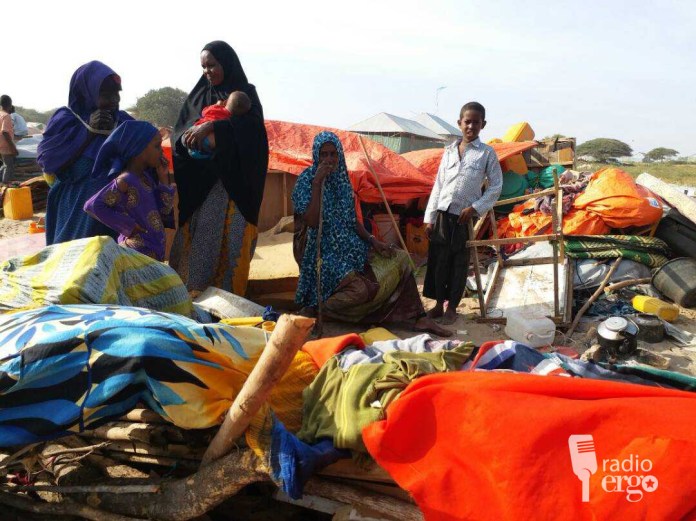 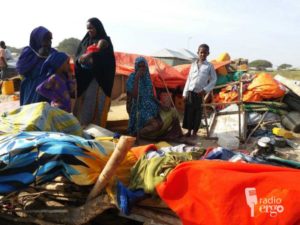 Impoverished internally displaced families from southern and central Somalia living in camps east of the city of Hargeisa are being denied access to basic services because they are not recognised as IDPs by the Somaliland authorities.

Camp leaders report that a total of 771 displaced families live in two of Hargeisa’s so called IDP camps, Nasa-Hablood A and B. The area, locally know as Istanbul, is dry and dust-blown and some distance from the city. Due to restrictions placed by the owners of this private land, only traditional Somali huts can be erected as shelters.

Sharif Osman Gelle and his family, who come from Afgooye, are among a number of families from southern Somalia living in the camps without any form of identity enabling them to access basic services.

Sharif told Radio Ergo he struggles to find the 2,000 Somaliland Shillings ($0.25) he needs a day to buy the minimal amount of water they need. When his wife gave birth to their last child he had to find $30 for her maternity care as they have no access to the free health services accessed by other IDPs.

Sharif told Radio Ergo he would love to go back to Afgooye, Lower Shabelle, where they fled conflict in 2012, but he lacks the money to move back and restart life there.

Abdi Bade Yusuf, the camp leader of Nasa-Hablood B, said 26 out of the 231 families in this particular camp are living in a limbo without registration because they are from southern regions of Somalia.

According to a survey by the Ministry of Relocation in Somaliland, 50,000 “refugee” families from southern and central regions of Somalia, as well as Yemen and Ethiopia, are living in various camps within Somaliland.

The independent Human Rights Centre (HRC), a local Somaliland NGO, reported that displaced people from southern Somali regions are highly vulnerable to all manner of risk including gender-based violence.

The HRC report highlighted the case of a mentally ill woman, who was raped in Nasa-Hablood B camp. The relatives of the woman, from southern Somalia, did not report the case to the police as they feared more hardships if they reported.

Guled Ahmed Jama, director of HRC, told Radio Ergo that it is important to recognize displaced people from southern Somalia either as IDPs or as refugees, so that they can access their entitlements.  Some displaced families joined the camps in Hargeisa more than eight years ago, and still lack IDP or refugee status.