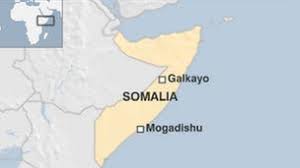 Police confirmed that Mohamed Farah was gunned down by armed men in north of Galkayo.

Army men shot to death the police commander and drove off from the scene.

Police launched operation aimed at capturing the assailants that carried out the murder.

Al Shabab is active in Puntland as they carry out attacks targeting officials.