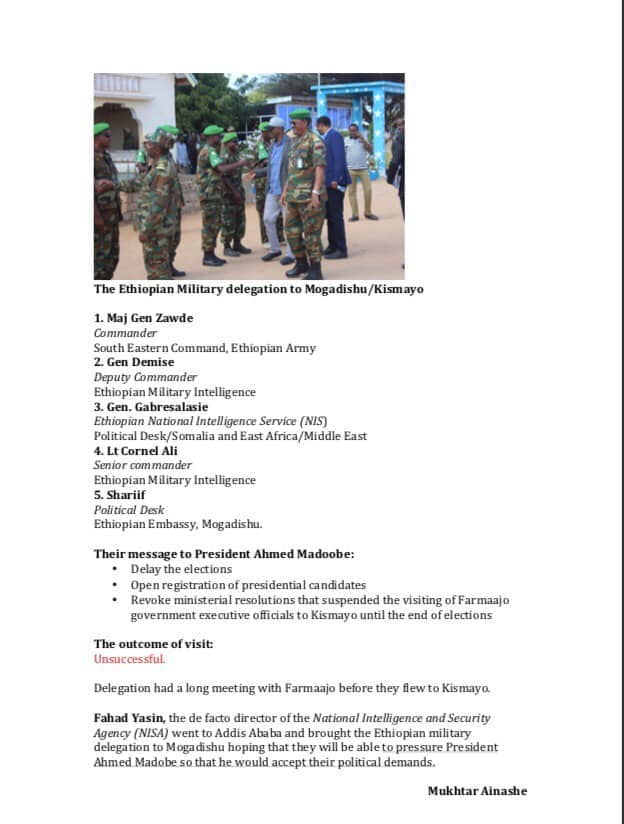 They were dispatched to Kismaayo at the request of President Farmaajo who pleaded with PM Abiy Ahmed.

They came with two demands: first, to reopen registration for presidential candidates and second to lift blockade of FGS officials from arriving the city.

President Madoobe informed them that the decision to reopen the registration is up to the Jubbaland Electoral Commission, and that as a candidate, he can’t interfere with the electoral commission. Second, he told them that the decision to prohibit FGS officials from visiting Kismaayo was taken by the cabinet based on security and electoral interference information. And to change that decision, the cabinet would have to meet again, which they can’t during Presidential elections.

The Ethiopian delegation left Kismaayo without achieving any of its objectives.