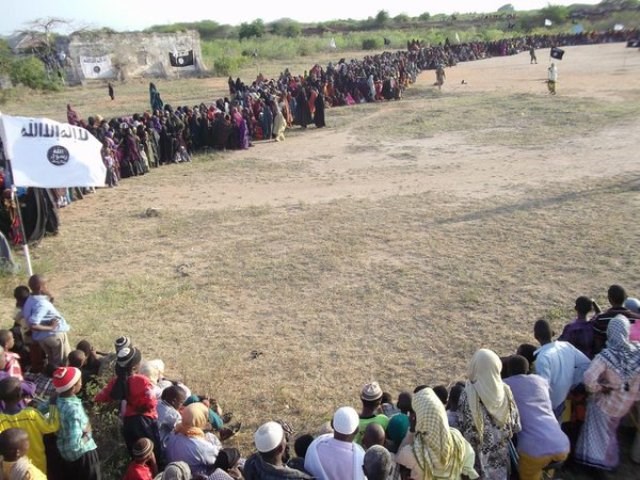 Al shabab has publicly executed three men whom they accused of working with Somalia and Kenyan governments.

A court belonging to the group in the town of Kabsuma of Lower Jubba region convicted the men on Saturday.

The men were executed by firing squad in public after they reportedly found guilty by the groups court of spying in what was described as constituted hearing held in front of the residents.

Al shabab compels locals together and witness the executions to discourage any who makes think betraying their cause.

The victims were identified as Musa Hussein Siyad who was 31 years old, a member of US trained soldiers and was arrested from an area between Afgoye and Walaweyn towns.

Hussein Mohamed Abdi, 20 years old who said to be a member of Jubaland state and was nabbed from Barsanguni locality,

Farlir Yarow Ali, 75 years old man was also executed as he was alleged by the group of spying for the government of Kenya