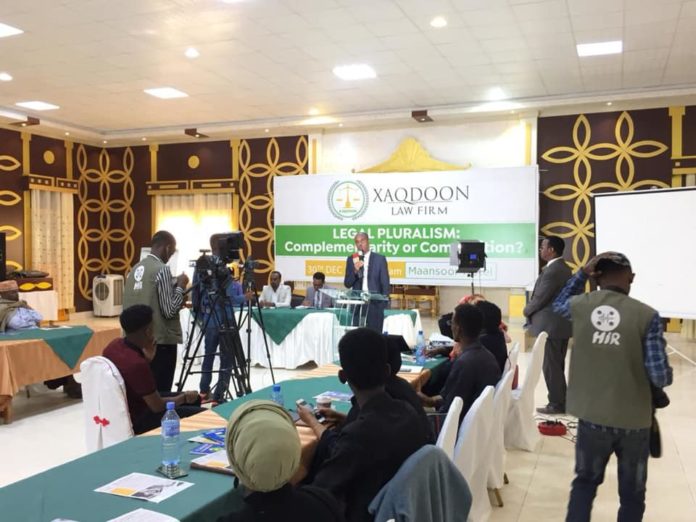 There is a wave of national and international activism focused on gender quotas as part of the broader movement towards realising more political representation of women. The level of political representation of women in different countries around the world and Africa, in particular, varies. In Somaliland, there is only one female member of the Parliament (164 members of the bicameral parliament). The same low representation is evident in all branches of the state. Efforts directed to mandate quota in legislation is hindered by rejections from the Parliament. This review analyses the legal framework of gender equality and specifically focuses on the possibility of legislating quota. The review attempts to answer the constitutionality of quota by analysing the Constitution of Somaliland in line with the international human rights conventions and instruments accepted and recognized by the Constitution.

The review also studies legislations pertinent to gender equality to pinpoint challenges and opportunities. To understand the wider context of the region, ten African constitutions have been reviewed. The objective of the review is to compare other constitutions with that of Somaliland to better understand the constitutionality of quota and the different modalities adopted by the countries of the continent.

Although the Constitution of the Republic of Somaliland does not specifically mention quota, it encourages legislation of laws and adoption of policies and measures intended to accelerate de facto equality between men and women. Furthermore, all articles related “to fundamental rights and freedoms shall be interpreted in a manner consistent with the international conventions on human rights and also with the international laws referred to in this Constitution.” The Constitution obliges the government of Somaliland “to recognises and shall act in conformity with the United Nations Charter and with international law, and shall respect the Universal Declaration of Human Rights.” It also observes all treaties and agreements entered into by the former state of Somalia.” The International Covenant on Civil and Political Rights is among human rights treaties entered into by the former state of Somalia.

The proposed 22% quota containing the consolidated Election Bill is a step taken forward. However, the inclusion of quota in the Bill lacks clarity and details. The Bill neither specifies the quota system and type that should be adopted nor how the seats will be allocated in party lines and electoral regions. The inclusion of quota, however, opens an opportunity to revisit the quota system in the Bill and include in more detailed, practically possible and enforceable quota system.

The review studies laws that have discriminatory provisions. These laws include the Citizenship Act and the Voter Registration Act. As a result of the nature of these laws which have a direct bearing on the political rights of women, right to nationality and right to participation, the report makes recommendations to amend all discriminatory laws.

The full report with recommendations is herewith attached.