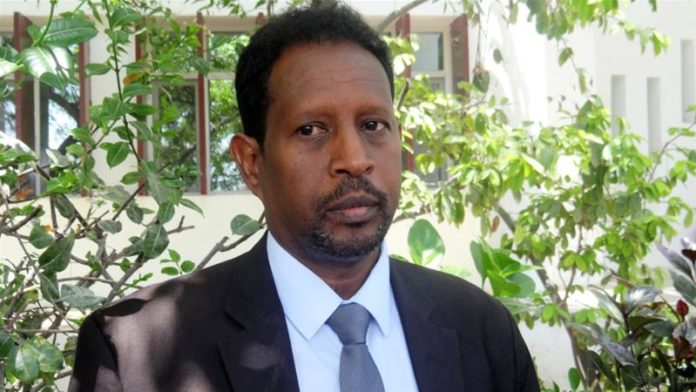 This week, Somalia buried one of its greatest and brightest sons, Mayor of Mogadishu Abdirahman Omar Osman.

My former boss, friend and mentor, who was affectionately referred to as Engineer Yarisow the “small/young engineer” – given the name because he was the youngest in his engineering class – was a free thinker, a dynamic and progressive man who wanted to level the playing field for all.

He was one of the many educated Somalis in the diaspora who have come back to Mogadishu with a vision to rebuild a city that constantly teases with progress and opportunity. He personified hope for many people like me, who work to change the narratives on the ground. Tragically, Yarisow is the latest victim of a silent genocide eating up the Somali capital in an effort to wipe out talented and educated people and impede progress.

The horrors began with the massacre at Shamow Hotel in 2009 that claimed the lives of over two dozen fresh medical graduates. The goal – to eliminate anyone with the potential to counter the militants’ hateful ideology. They fully understand that educated youth will reject violent extremism. However, the loss of Eng. Yarisow will hold Somalia back from decades of change and progress.

A skilled politician and a technocrat, he was a rare breed among a vast pool of government officials busy pursuing self-glory. Simplicity and humility was his hallmark.

He was able to navigate the Somali political arena with mastery and to remain relevant and effective.

Focused, disciplined and patient, he would often remind us not to get discouraged by the extraordinary challenges the city faces. Like millions of Somalis, he fled in the early ’90s after the fall of the Barre regime. He made his home in London, England, and began rebuilding his life. He worked and served his local community in Ealing until he made the choice to return home – Mogadishu.

In his heart of hearts, he never left Somalia. He remained closely attached to the nation and championed a greater cause of unity – (Somali Weyn). He was an organiser and at the forefront of the pursuit of meaningful dialogue on Somalia.

In the past three consecutive administrations, he held several roles including as Senior Adviser to the Prime Minister and Senior Adviser and Spokesperson in the Office of the President. In that position, Eng. Yarisow was a staunch advocate for the prevention of violent extremism in Somalia.

He developed the first national communication strategy, with a particular emphasis on Prevention and Countering Violent Extremism (PCVE). It was a strategy aimed at winning the hearts and minds of at-risk youth, and extending the state authority through effective communication.

His most notable role as a public servant was as the Mayor and Governor of his beloved city. Before his untimely death, his primary mission was to return Mogadishu to its historical glory. Despite the decades of conflict and violence, he could see beyond what meets the eye.

While most saw destruction and rubble, he held onto the image of the Mogadishu of his youth – a vibrant, inclusive and progressive metropolitan capital city. He often remembered the city in its heyday as the “Riviera of Africa” – known for its pristine, white coral stone buildings and winding alleyways. Engineer Yarisow would often reminisce with all visitors to Mogadishu municipality of these facts.

He worked tirelessly to bring his engineering mind and his political savvy to function successfully in one of the most challenging cities in the world. He wanted the world not to see Mogadishu and Somalia as a violent place, but truly a city/country determined to be a global partner. Through it all, he found ways to balance all the competing interests while remaining true to himself as a local son of this great but troubled city.

Eng. Yarisow was not only a dedicated public servant, he was also a proud father of seven. Regardless of his own personal achievements, nothing meant more to him than to see his children thrive. Though he was not home with his children, nothing in the world that could separate him from his children.

Even in the most demanding role of Mayor of Mogadishu, we often saw him on the phone, engaged in the routine day-to-day successes and challenges of his children.

He was proud of each and every moment he spent with them. He hoped they would inherit and return to a more peaceful and stable Somalia.

One of his greatest assets as a human being was the ability to see all people, regardless of who they were, as equals. Eng. Yarisow’s compassion motivated him to use his position of power and privilege to open doors for marginalised groups, especially the most vulnerable.

The irony of his death is not lost on his loved ones and close friends. Ultimately, his compassion towards the disadvantaged was what was used as a weapon to end his life.

Ms Ali is a medical provider in fragile and post-conflict areas and a senior adviser in the office of the Mayor of Mogadishu. hodanali24184@gmail.com @hodanali