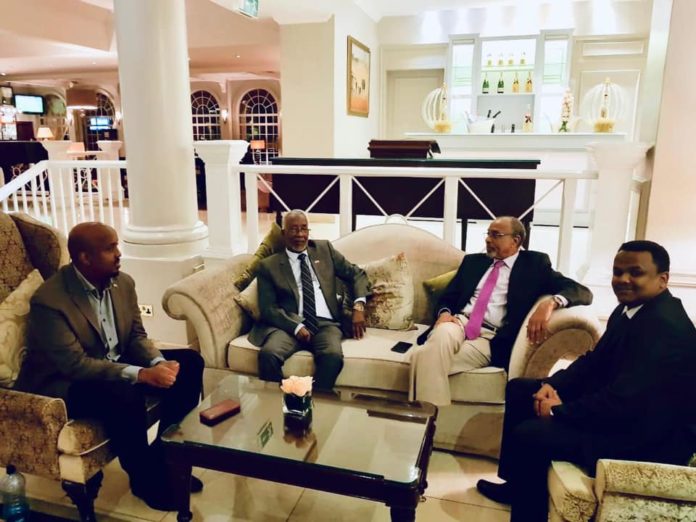 The Somalia Federal Government has repudiated that delegations from Somalia and Somaliland won’t start talks in Nairobi.

The director general at Villa Somalia, Mr. Nur Derie Hersi aka Fursade has said that there is no planned meeting between Somaliland and Somalia which is aimed at resuming the stalled talks.

Mr. Fursade has debunked speculations that was circulated in the social media indicating the possible restart of the stalled dialogue between Somaliland and Somalia.

He said that representatives from Somalia are not in a position to attend the meeting in Nairobi. He assured that Somalia Federal Gov is committed to have genuine dialogue with Somaliland once the two sides reach an agreement on the right venue and the right people chosen to attend.

Somaliland FM, Mr. Yasin Faraton is currently in Nairobi where he is with the director of civil aviation agency in Somaliland, Mohamed Rodol.

They were reported by SL representative, Mr. Bashe that the officials are in Nairobi to represent SL at the consensus meeting which is organized by Center for humanitarian dialogue.