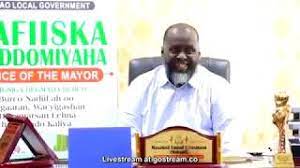 Togder provincial authority has announced that from Eid-Day will impose temporary ban on youth trips outside the territory and take a long travel journeys without the knowledge of their parents. Provincial officials have said that the move was taken in order to prevent youth mixed opposite gender for moving together and going to beaches for swimming as well as having parties. Hotel manager were also warned not to host any activities that go against the Islamic culture including music show. The security officers also pledged that they will put in place the results of the regional authority meeting which will culminate the deployment of security personals manning all the checkpoints of the region and won’t allow youth hit the roads from the region. Togder regional authority has implemented strict regulations in contrast to other Somaliland regions when it comes to Islamic practices. Buroa authority banned all music shows and also prevented youth interacting with opposite genders. It also closed hotels that fail to abide by the bans on hosting music parties. On Thursday, Somalilanders across the country will celebrate the start of Eid-Al- Fitr after completing 30 days of fasting.