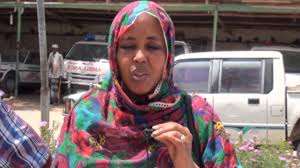 The former First Lady of Somaliland, Ms. Kaltun Haji Dahir Egal has confirmed that unknown assailants have set ablaze her residential house in Hargeisa at late time last night. The fire has partially destroyed the properties of the house to ashes according to reports. Ms. Kaltun, the widow of late Somaliland president Mohamed Haji Ibrahim Egal confirmed that unidentified man who sneaked into the house has sprayed petrol and set alight. She has said that the motive behind the ablaze was meant to deliberately kill the people who were sleeping in the residence.

Investigations aimed at finding who is behind the arson is being conducted by the Criminal Investigation Department (CID). Ms. Kaltun, the former First lady has added that she does not want to give details and await the findings from the law enforcement agencies.

No one has claimed the responsibility of carrying out the arson attack as far as the ablaze is concerned.