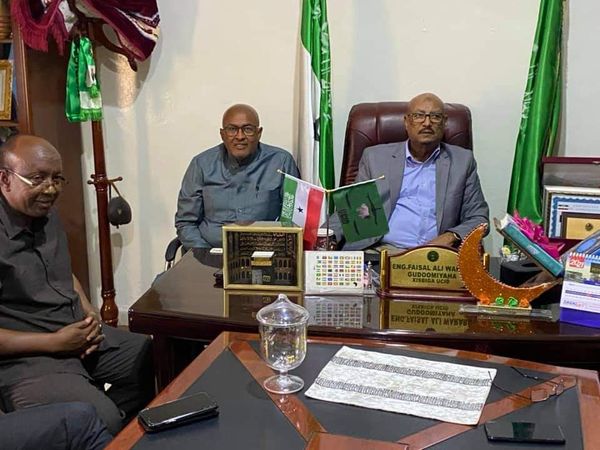 Somaliland’s two opposition parties Wadani & UCID have held an extraordinary meeting in Hargeisa after capturing the majority in the recent parliament election in the country. The two parties have officially entered into formal alliance to win the speakership of the house of national assembly as well as the mayor of the local governments in the country. ” The telos of thus press conference is to forge a political alliance between the political parties Wadani & Ucid which is very important for the nation. The two chairmen signed a statement after a deep consultations. Wadani main opposition party is leading the majority seats but must get the support of another party to secure the berth of speakership of the house of parliament. Justice & Welfare party is also willing to get top positions when it comes to the parliament as well as the local councils. The two main opposition parties have secured 51 seats out of the 82 while the ruling Kulmiye party captured 30 seats. It is anticipated that the 51 majority garnered by the two opposition parties could be a threat to the ruling Kulmiye party. Opposition top brass have promised to hold the government responsible if they secure the majority of Somaliland house of reps, but we will see if they live up to that. It is quite paradoxical how the two parties will share the power in the house of reps.