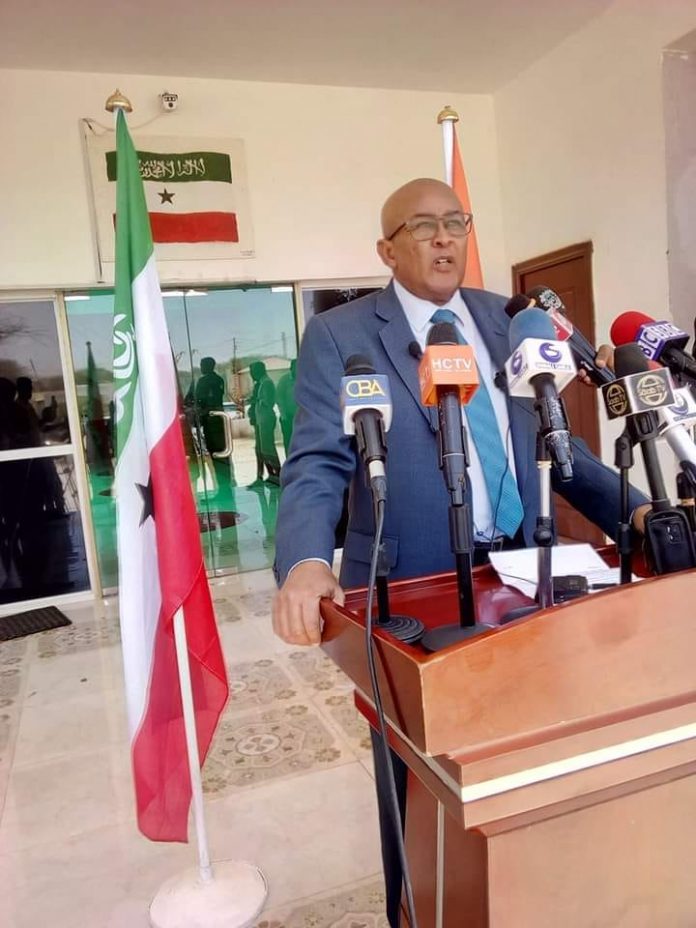 The opposition Wadani party chair, Mr. Abdirahman Irro has endorsed the legislators who rejected the imposition of the state of emergency that the president of Somaliland imposed on certain districts in Sanaag region over insecurity.

The opposition chair held a press conference after the session was adjourned by house speaker after majority of legislators opposed the motion to be ratified.

Mr. Irro has praised and congratulated the members of parliament for refusing to pass the law. Wadani party chair has called upon the incumbent president to rescind his imposition of the state of emergency to Sanag province.