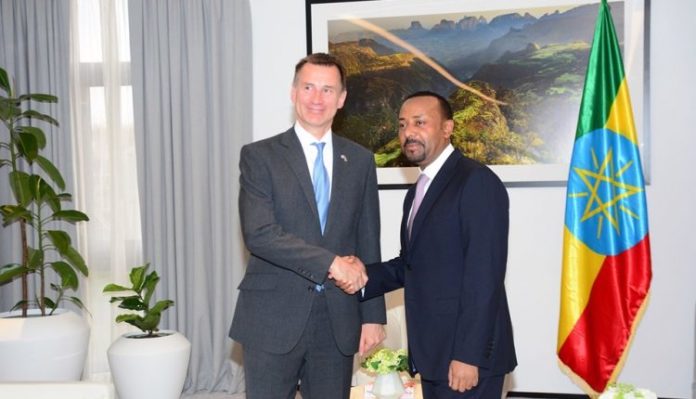 The two discussed strengthening relationship between the two countries, including support to reforms.
Jeremy Hunt invited Prime Minister Dr Abiy to be a keynote speaker at the defend media freedom conference in London later in the year.

Gedu appreciated the growing excellent ties and historical relations between the UK and Ethiopia, thanking UK government’s commitment to support Ethiopia during a time of transformational process in the political and economic frontiers.

Foreign Secretary Jeremy Hunt, on his part, commended the reforms undertaken by the leadership in Ethiopia and reiterated UK’s continued support to Ethiopia’s reform agenda.

He also commended Ethiopia’s significant contributions in the maintenance of peace and security in the region, while also expressing his country’s commitment to work more closely with Ethiopia in such score.