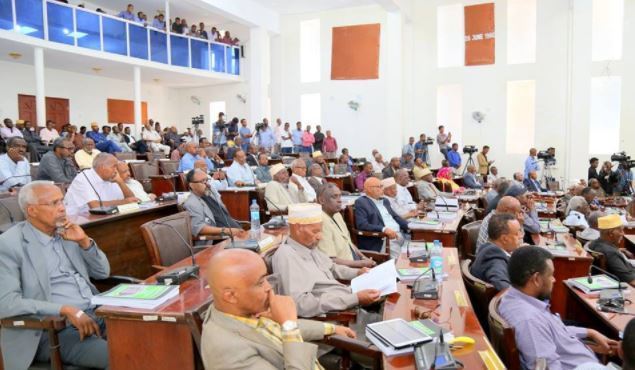 The current Somaliland House of Representatives has surpassed the previously held record by the “Long Parliament” of the 17th century between 1640-1653. That parliament which sat during the English Civil War, held the trail and execution of King Charles I and was forcibly evicted by the soldiers of Oliver Cromwell in 1653.  The “Long Parliament” sat for 3,322 days. The current Somaliland House of Representative was elected in 2005 and it’s mandate expired in 2010, but has been sitting on extension after extension for 14 years, that is 5110 days and counting.

There is doesn’t seem to be an end in sight.
With the announcement by the discredited Somaliland National Elections Commission, (NEC) that the vote scheduled for December 12th, 2019 will not take place,  this will most assuredly ensure that the current Somaliland parliament will enter the annals of history of the longest in living memory.
This is not something to be proud of, if we are serious about our democratic progress and credentials. We need to hold elections as soon as possible, for the sake of the nation, for the sake of peace, stability and progress.  If, Somaliland is unable to live up to it’s well earned reputation as “a small miracle in a region of mayhem”, then the country is in peril.
Ali Mohamed Abokor