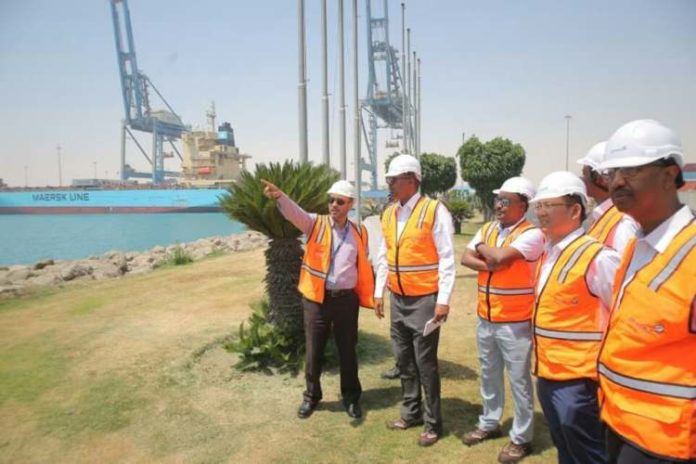 SOKHDA—A high level delegation from Berbera port authority is currently visiting Sokhda port in Egypt. The delegation is headed by Berbera port manager, Hon. Said Hasan Abdilahi and is accompanied by five other officials. Somaliland representative to the UAE, Mr. Munir Abusite, head of Berbera DP World, Superje and two senior members of Berbera board, Mr. Ali Hasan and Abdirahman Derie are with the delegation from Somaliland. The delegation received a formal invitation from Sokhda port authority which co administered by DP World. Berbera port workers will be sent to further gain experience from Sokhda port. Berbera port manager held discussion with his Sokhda counterpart in Egypt and exchanged views on cooperating on wide range of issues regarding the two ports which are run by DPW. The two ports have signed a Memorandum of Understanding on cooperating on key areas. Berbera port workers particularly those in charge of anchorage will be sent to Sokhda port to learn lessons from their counterparts.Human rights groups have alleged the government that this is mean to silence the freedom of expression in Somaliland.