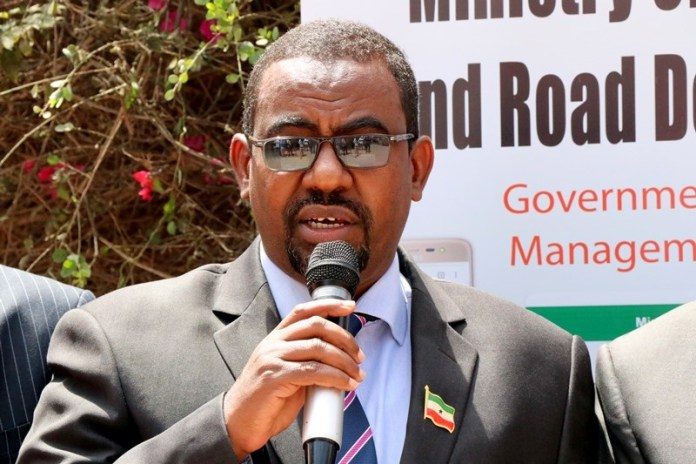 Somaliland gov has on Sunday dismissed the development project that the SFG in Mogadishu claimed to implement in the port city of Berbera. The minister of planning of the weak SFG installed in Mogadishu yesterday inked 23 million Euro development project with the EU dubbed Yarisow development project. The SFG cliams that it has allocated 7 million out of the 23 million Euro to carry out the refurbishment of roads in the port city of Berbera and to revamp the sewage system. The minister of transport of Somaliland has snubbed the project to be implemented in its sovereignty whilst the project deal was signed by Somalian authority in Mogadishu. Mr. Abdilahi Abokor Osman has said that the development project has been politicized. The minister has strongly stated that Somaliland is against the project which has been politicized and will not allow the SFG to see the realization of the project in Somaliland. It is a big shame for Somalia to undermine the speacil arrangement that was ratified by the EU, the minister has said that SL was not informed about it and heard it via the media. Somalian authority once dubbed the project as Yarisow development fund and ironically once again dubbed it as Somali coastal development project. The transport minister from Somaliland has categorically stated that the projects signed in Somalia has nothing to do with Somaliland as they are two different entities. The minister has been asked why Somaliland rejected the project once it alleges Somalia to have obstructed, the minister has reiterated that the EU deals Somaliland government directly without channeling its funds via the SFG. The minister has disclosed that the EU is currently implementing many projects and none has been funded via the SFG. The planning minister of the SFG was among the officials installed in Mogadishu who spearhead the campaign to nullify the Special Arrangement which means that Somaliland and Somalia should equally benefit from foreign aid. He left no stone unturned to strangle Somaliland by canceling the Special Arrangement which the int’l community provides aid directly to SL. Mr. Abdilahi has come against the claim of Somalian authority which says that SL is part of Somalian entity. The minister has pointed out that foreign aid should not politicized and SL should get its foreign aid directly. The Farmajo-Khaire regime tried every possible avenue to convince the world that Somaliland is a regional state in Somalia. It is a well known fact that SFG officials are persona non garata in Somaliland and cannot lay the foundation of projects in Berbera.