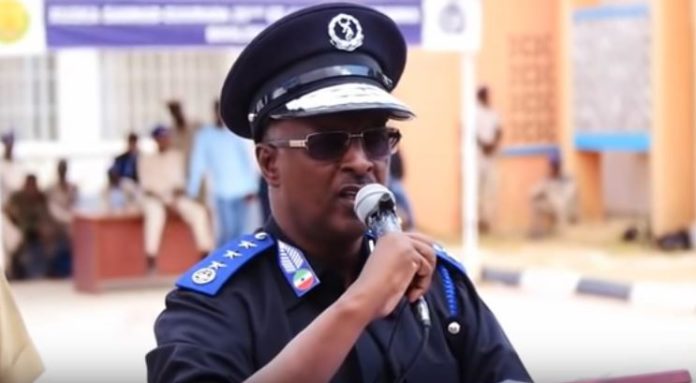 Somaliland has banned police officers from chewing Khat  whilst on duty for the first time as this is a step towards tight discipline.
Somaliland Police Force Commander-In-Chief Mohamed Saqadhi Dabagale said that Khat is banned from on duty police officers while at police stations, while on board on police vehicles and whilst dressed on police uniform.
The Police Chief has said that he will be fair and just during his tenure.
He promised that those who deserve promotion will be given whilst those who violate the law will be arrested.
Mr. Dabagale has stated that the president of the republic has informed to remain just and strict to the rule of law.
He also promised that the relation between the police and the public will be forged.
Those who file a case at the police will be followed in line with the police rules and regulations.