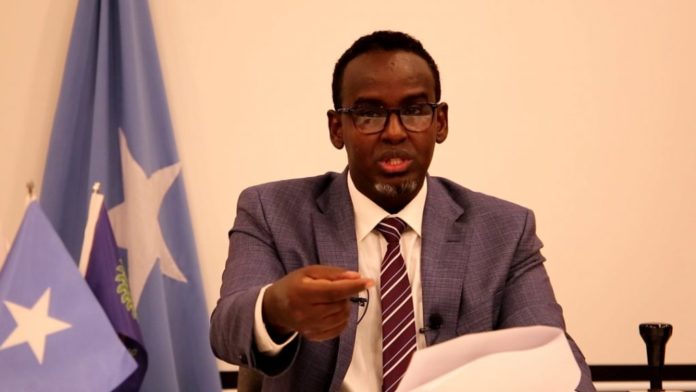 Attorney General has spoken about the last minute preparation that the Somali Federal Gov’t has done prior to the kick off of the maritime case between Kenya and Somalia. The AG, Sulieman Mohmed, speaking to the Somali BBC, has told that the members of the Somali Federal Gov’t delegation are currently in Hague so as to attend the maritime hearing which is due to commence at the International Court of Justice headquarters. Sulieman has confirmed that the ICJ will hold the hearing of the maritime case on 15th March, 2021. He said that he is optimistic and further added that lawyers on behalf of the Somalia Federal Gov’t are ready to participate the hearing. The ICJ has put in place a procedure whereby committee from both sides will attend the hearing in person while other will be attending virtually due to the pandemic. The AG has strongly repudiated the notion claiming that Somalia has changed its lawyers. Finally, he reiterated that the territorial sovereignty of Somalia is non-negotiatable.