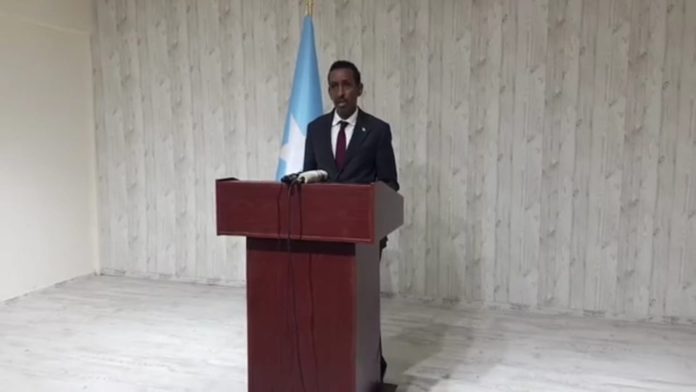 The Villa Somalia president, Mohamed Abdilahi Farmajo has pressured his foreign affairs minister, Ahmed Isse Awad to convene with local and international media corps on Saturday.  The objective behind the emergency meeting between the foreign minister and media outlets is to convey a clear message to Kenyan and Djibouti authorities that Somalia won’t accept if they receive the incumbent Somaliland president, Musa Bihi Abdi and treat him as the president of an independent state. 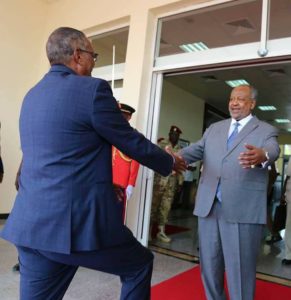 The Foreign Minister was reported to have dragged on his feet on doing this but the president gave him the red light that if he does not do as he was told that he will be dismissed with immediate effect. It is likely that the Somalian FM is to hold a press conference and tender his resignation. The Somalian authority in MOgadishu severed ties with Guinea over Somaliland due to the knee jerk decision taken by the lack of shrewd leadership of novice president, Farmajo. It is now clear that Somalian FM,Ahmed Isse Awad and president Farmajo are at odds over the issue that the president insisted upon the FM to do so. Many political analysts said that the decision was immature and not the last resort to take of cutting ties with a country that Somalia does not have a diplomatic relationship.