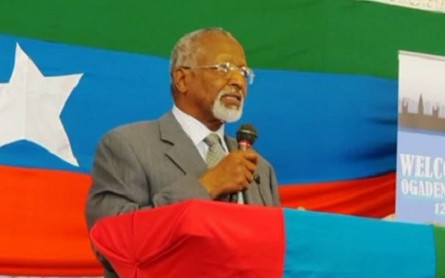 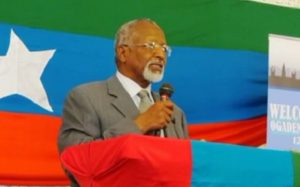 ASMARA– The President of Somalia, HE. Mohamed Abdilahi Farmajo who is on three day official working visit to Asmara to mend diplomatic ties with Eritrea has held talks with Ogaden National Liberation Front (ONLF) leader, Admiral Mohamed Omar Osman. The minister of information for Somalia who spoke to VOA Somali services told that President Farmajo met with ONLF leader and its members stationed in Asmara. The Minister said that the president and ONLF leader agreed to work towards the unity of Somalia.

The Somali government handed over Mr. Abdikarin Sheikh Muse alias “Qalbi Dhagah” to Ethiopian government who was held in prison but due to the political reforms spearheaded by incumbent Ethiopian Prime Minister, Abiy Ahmed released all prisoners including Qalbi Dhagah who was a senior member of Ogaden National Liberation Front (ONLF) which is engaged in an armed struggle against Ethiopia. Somali government has apologized for the hading over of Qalbi Dhagah to Ethiopia and also made an apology for calling ONLF as a terrorist organization.