The Head of State has hosted British-Somaliland born athlete Mo Farah and the other athlete by the name of Abdi Nageye who competes for the Netherlands.

During the meeting, Mr. Musa Bihi has received the two well-known athletes to encourage them.

He also called on them to continue their unwavering commitment to set a good example to the generations to come.

The President thanked the duo for the trophies that they have won on behalf of all Somali speaking territories and in particular the prestige that Mo Farah won as he hails from Somaliland.

The Head of State has awarded two medals to the duo for the diligence they have shown so far during their races.

Bihi thanked Mo Farah to have brought Abdi Nageye who is also marathon runner to Somaliland and enjoy his vacation here in Hargeisa, SL’s capital.

During the meeting, President Bihi is accompanied by the sports minister, director general of the presidency as well as chair of Somaliland’s Olympics, Mustafe.

British-Somaliland born athlete was accompanied by his brother, Hasan and other family members. 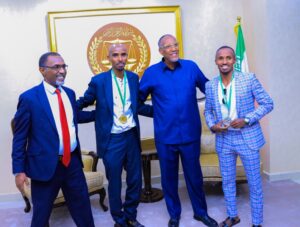 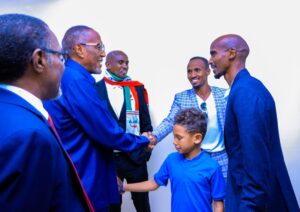 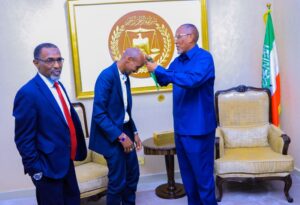 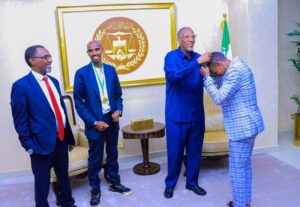 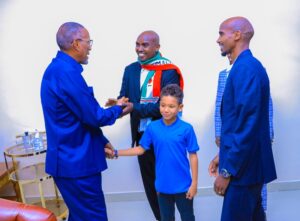 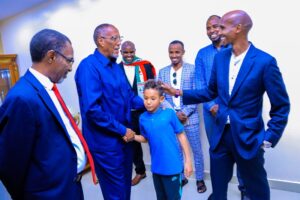 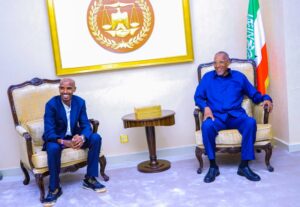 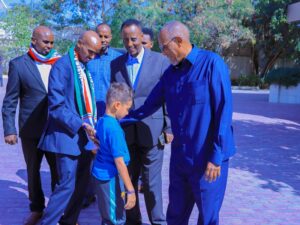