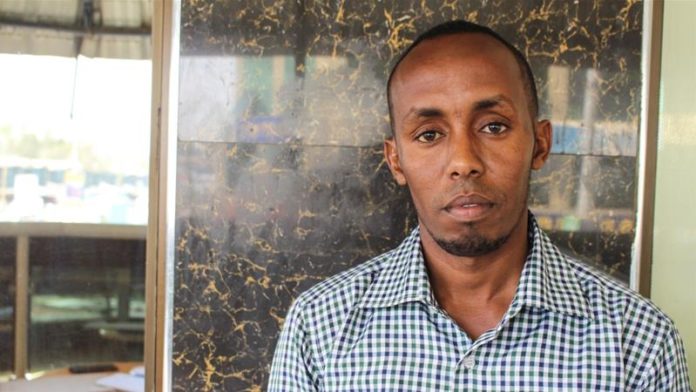 Poor Kenyan Somalis registered as Dadaab refugees to access benefits, but say they are now being refused nationality.

Eastleigh, Kenya – In a restaurant in Eastleigh, a noisy Nairobi suburb, Shariff Omar, a Kenyan Somali, reaches for a brown folder.

“I have managed to get some names of all the needy people in my neighbourhood,” he said, flipping through documents as he explains how he started a charity project a few weeks earlier.

“We now have to find well-wishers to help these people. They are suffering.”

Omar was born in Tana River, a semi-arid county about 500km south of Kenya’s capital. Despite his right to Kenyan citizenship, the government classifies him as a Somali refugee.

In August 2009, when Omar lived with his family, their sole source of income was their livestock. That year, the county experienced a severe drought.

“We did not have food [and had to quit] school to cut costs and try to afford basic needs,” he told Al Jazeera.

“I was the only one in my family who was in school. When I was told to quit, I felt bad. I knew education was the only way to a better life in the future.”

A few months later, following advice from his friends, he climbed onto a bus and travelled to Dadaab, the once-largest refugee camp in the world, to register himself as a Somali refugee.

“We always knew that refugees from neighbouring Somalia get good benefits from the UNHCR and other aid agencies. Life was hard and I needed food, shelter and, importantly, education,” said Omar, who gave all his details including fingerprints for biometric registration.

“I was able to continue with my education and graduated from high school. With my certificates, I travelled to the capital to seek further education and apply for my citizenship.”

When they turn 18, Kenyans have to give their details to authorities to get an identification card, a crucial document.

Omar, now a graduate of Islamic studies, was told he did not qualify for citizenship because his fingerprints were in the refugee database.

According to Mohamed Dahiye, a Kenyan MP representing the Dadaab constituency, there are almost 100,000 similar cases in the country.

“Since the creation of the refugee camp, thousands of host communities, mainly Kenyan Somalis, registered as refugees to enjoy the benefits offered in the camps which included shelter, monthly food rations, access to education, access to better health facilities and resettlement to a third country,” Dahiye told Al Jazeera, explaining that anyone born inKenya should have access to citizenship.

Impoverished, hungry and seeking safety and opportunities, several Kenyan Somalis travelled to Dadaab and are listed on the refugee database. Some “borrowed” children from Kenyan families in order to increase their food rations.

Ahmed Nunow, 26, was one of those children.

While his parents and siblings are Kenyan citizens, he said: “I am living as an asylum seeker in my own country because someone needed more food rations. The lack of an identification card has crippled me. I cannot move; I cannot do university exams, I cannot apply for a passport. For close to a decade, my life has been frozen.”

He claimed he is unable to further his education or progress in a career.

“I am now seeking job opportunities in Somalia; a country I am barely familiar with. But since Kenya classified me as a Somali refugee, I am planning to travel there and look for opportunities,” he said.

The UN refugee agency, UNHCR, has said it is aware of the phenomenon and advised the government of Kenya to verify the refugee population in Dadaab, identify Kenyan nationals and deregister them as refugees.

By the time of publication, government officials had not responded to Al Jazeera’s request for comment.

In 2016, President Uhuru Kenyatta visited Garissa, the county that hosts the Dadaab refugee camp and promised to solve the issue.

“Proper vetting will be done and any Kenyan who is registered as a refugee, for whatever reason, will be given their citizenship back and reintegrated to the society,” he said.

As Omar remembered those words, he said: “Nothing happened ever since.”

Kenya plans to close the camp, which is home to more than 200,000 refugees.

“It is time for my country to recognise me and thousands of others so that we can move forward with life,” said Omar. “I am really worried about my future if this issue is not resolved as fast as possible.”

Author: Osman Mohamed Osman is an independent journalist based in Kenya.