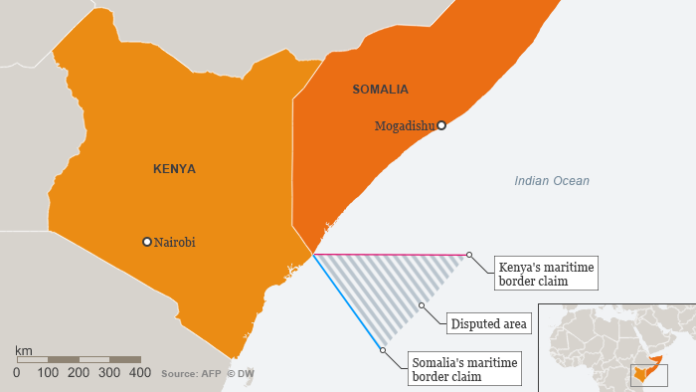 The International Court of Justice has held off the hearing of the maritime dispute case between Kenya and Somalia for two months.

This follows a request by Kenya to the court asking for more time citing the need to recruit a new defence team.

The hearings that were scheduled for next week will now be held between November 4 and 8 though Kenya had sought a 12-month postponement.

“The court expressed its deep regret regarding this last-minute request which has caused an undue effect on the administration of the judicial work of the court. In light of the circumstance and the possible alternative dates in its judicial calendar, the court decided to grant a postponement of the oral proceedings in the case and reschedule the hearing to the week beginning Monday, November 4, 2019,” the court wrote to Attorney General Paul Kihara.

The letter dated September 5 also said that ICJ said that the decision was reached after considering Kenyan’s application which was made on September 3 that the hearing be postponed.

ICJ added that the decision was also reached at after considering the views from the Federal Republic of Somalia which were delivered in a letter to the court on September 4.

Somalia opposed the request by Kenya.

The court has also said that the oral hearing of the case will remain as planned, which is on November 4th. The time of oral arguments for each party will also remain unchanged.

Kihara had said  “due to exceptional circumstances”, representatives from Kenya would not be available.

The letter to ICJ added that it was only fair that representatives from both Somalia and Kenya are present during the hearing.

“The Rules of the Court allow for the postponement of the hearing of the case to afford the parties an opportunity to be represented,” the AG said.

Two weeks ago, Somalia rejected the Commission of the African Union invitation to a briefing on the row.

It instead expressed confidence in the ICJ’s ability to deliver a fair ruling.

Meanwhile, the Africa Union Peace and Security Council has called on Kenya and Somalia to engage in dialogue over the dispute.

The council commended Kenya and Somalia for their contribution to peace and stability in the region and called upon the two countries to refrain from any action that may threaten the existing good neighbourliness between the two countries;

“The Peace and Security Council Strongly calls on the Federal Republic of Somalia and the Republic of Kenya to pursue and intensify their engagements with a view to finding an amicable and sustainable solution to their maritime boundary dispute,” a comunique of its September 5 meeting states.