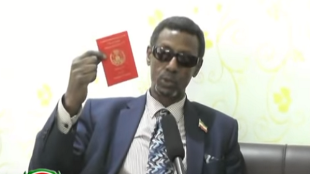 Somaliland’s Health Minister, Dr. Hasan Ismail Yusuf has asserted that he has attended an int’l conference in Senegal and announced that he traveled with Somaliland’s diplomatic passport. Officials from the ministry of health who accompanied the minister on his trip to Senegal also traveled with their employee identity card. Hon. Hasan has said that they have presented documents on the aspirations of Somaliland’s quest of an int’l recognition to the officials that they have met with. The minister has reiterated that they have left no stone un-turned in their commitment to make Somaliland’s case heard by officials that they conferred with. Ms. Adna Aden, Somaliland’s only female pioneer has traveled the minister to Senegal. The minister has further pointed out that they held talks with huge companies that engage on medicine where he urged to come and explore Somaliland’s untapped resources that need to be invested. They have invited foreign delegations to visit Somaliland who will be coming soon. The mission behind the gathering in Senegal was all about on the human infertility where delegates from many countries attended.