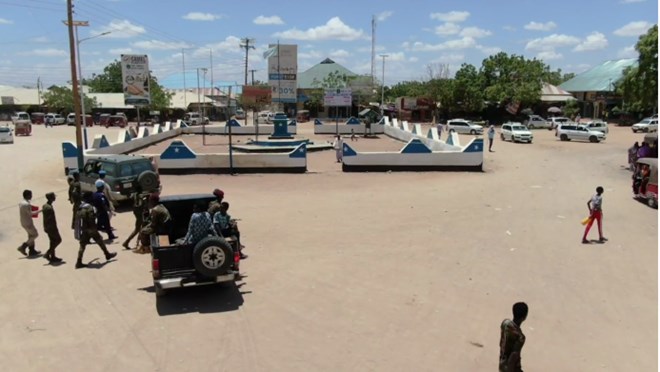 Heavy fighting has broken out in Somali town near the Kenyan border between Somali forces and those from the state of Jubaland as Somali election troubled into violence.

Somalia’s information ministry in a statement earlier Monday accused Kenya funded rebels of crossing into the town of Bulo Hawo and launch an attack on Somali forces.

Jubaland VP Mohmed Sayid Adam told reporters that Jubaland forces stationed outside the town were attacked by newly forces deployed in the region by the gov’t in the capital Mogadishu.

Both sides have claimed victory but people in the town said fighting continued and some people have begun to flee.

The information ministry ascertained that the Somali forces were in the control of the town. There were no immediate details on the casualties.

Somalia’s accusation of Kenya’s support to Jubaland leader comes at a time when Somalia severed ties with Keya in order to safeguard the unity & stability of the country.