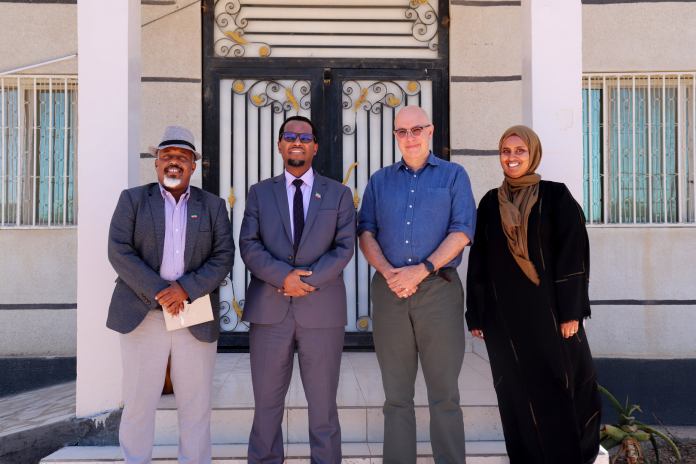 Chief Justice of the republic of Somaliland Honorable Adam Haji Ali, met with members of the int’l observation mission from the Litmited Int’l election observation mission (LIEOM) who came to Hargeisa to monitor the parliamentary & local government elections which is due to take place in the country on the 31st May, 2021.

Somaliland government has extended an invitation to (LIEOM) in order to monitor the elections. Adam Haji briefed on the preparation for the upcoming voting, and the challenges that have been overcome as far as the election is concerned.

He stressed the significance of holding free and fair elections in the country which is acceptable to all parties. Touching upon the issue of the role of the constitutional court in resolving election dispute that may arise after the results are out, Mr. Adam reiterated that the court is prepared to settle any dispute. He urged local court chairs to be careful.

He narrated the options on the table for any party that will complain of the election will take. The members was headed up by Mr. Michael Walls, head of Litmited Int’l election observation mission (LIEOM), and was accompanied by Jama Ali Jama, and Ms. Amal Ali.