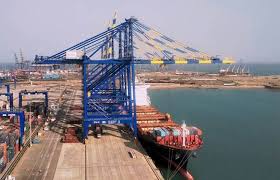 Somaliland Port of Berbera is expected to challenge the monopoly enjoyed by Djibouti once complete in January 2021 and offer an alternative for maritime and military interests in the Horn of Africa.

DP World has invested in Berbera port an initial $120 million in financing the first phase (a 400-meter container terminal) which, after it becomes operational, will compete with Djibouti.

DP World says the Berbera Port will stand out as the trading and transportation hub for the Horn of Africa. This may turn the port into a new logistical gateway to East Africa and boost economic development in the self-declared republic.

With the completion of the Berbera Port and the construction of the road between Berbera-Wajaale which is financed by the United Arab Emirates and United Kingdom, Djibouti’s share of Ethiopian cargo will be reduced to 30 percent, according to the 2016 Port Utilization Agreement between Somaliland and Ethiopia, in which Somaliland can handle 30 percent of Ethiopia’s cargo from Berbera.

The United States is also keenly monitoring the infrastructural developments at the port and the city of Berbera as it considers an alternate military base with fears of China’s growing dominance over Djibouti.

This will place Somaliland from an initially isolated political actor in the region to a more active partner both at commercial and military levels.

Djibouti, Somaliland’s neighbor, has been an international theater for the strategic competition of the control of the Red Sea. But since January 2016 when China and Djibouti reached an agreement to establish a Chinese People’s Liberation Army Support Base just miles away from Camp Lemonnier, the US has been uneasy. Camp Lemonnier is a United States Naval Expeditionary Base, situated next to Djibouti–Ambouli International Airport in Djibouti City, and home to the Combined Joint Task Force – Horn of Africa of the U.S. Africa Command. It is the only permanent U.S. military base in Africa.

According to Djiboutian Foreign Affairs Minister Mahamoud Ali Youssouf, debt to China now accounts  for 71 percent of Djibouti’s gross domestic product and with fears China may take over the running of the port to offset the debt, the US is out shopping.

A recent statement from the White House after the establishment of relations between Taiwan and Somaliland amid contestations from China have confirmed United States growing interest in Somaliland.

“Great to see Taiwan stepping up its engagement in East Africa in a time of such tremendous need. Taiwan is a great partner in health, education, technical assistance, and more!” the US National Security Council, NSC; posted on Twitter on July 09 after Taiwan announced its diplomatic engagement with internationally unrecognized Somaliland.

Reports of the relationship between Hargeisa and Taipei was cast in the shadows of the wider U.S. – China rift and overall influence in Africa especially under the Trump administration.

China has expressly condemned the diplomatic overtures with its envoy in Somalia meeting with President Mohammed Abdullahi Farmaajo in the wake of Taiwan – Somaliland relations.

For Somaliland, the relationship with Taiwan will see them able to have better bilateral strategic relations on security and economic with the U.S. and to attract foreign direct investment to exploit untapped natural resources.

Driven by its War on Terror strategy, the U.S. has previously viewed Somalia as a potential safe haven for terrorists and deal with Mogadishu accordingly. In light of China’s aggressive diplomacy in the Gulf of Aden, the U.S. has re-evaluated its policy towards Somaliland.

The strategic importance of the Red Sea and the Gulf of Aden has been acknowledged by both regional powers and global superpowers.

With its 460-mile Gulf of Aden coastline, Somaliland is an important asset to any defense  of the Bab el-Mandab and the Red Sea, as well as counterpiracy and counterterrorism operations interdiction of weapons smuggling. Berbera, its main port city, is not only a modern, deep-water facility, but is also just a short drive from an airport used during the Cold War as U.S. logistical hub and base  for the Rapid Deployment Force.

Berbera’s history as a hub for intercontinental trade goes back centuries, the current port was constructed with assistance first from the USSR and then the United States in the 1960s and 1980s.

In May 2016, DP World announced it had agreed with the Government of Somaliland to enter a joint venture to operate Berbera port for a period of 30 years. This included an investment of USD 442 million in the development of a multi-purpose port facility and a free economic zone close to the port.

Before then, Berbera handled bulk and containerized imports— now rapidly increasing in volume—mostly arriving through Dubai. Imports are dominated by petrol, vehicles, building materials, textiles, electronics, sugar, rice, wheat and other foodstuffs, including food aid for the region imported by the UN’s World Food Program (WFP). Berbera also exports around three million heads of livestock to the Arabian Peninsula every year.