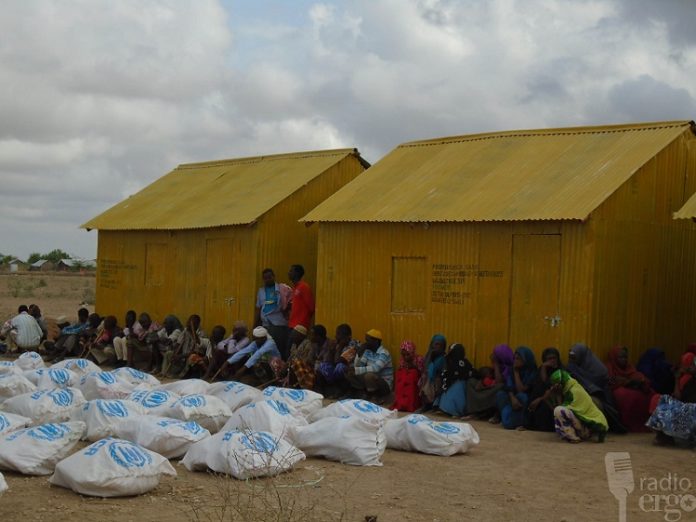 A group of youth have mobilized resources to support close to 200 Somali families displaced by ethnic clashes in the Somali Regional State of Ethiopia.

The youth drawn from the host community in Shilabo town in Qoroxay region, where 192 displaced families are living, have distributed food and cash to support them.

Thousands of families have been displaced since 2016, when clashes flared up between ethnic Somali and Oromo communities. Since then, the situation along the border between the two regions has remained precarious with intermittent clashes witnessed.

Mohamed Qorane Omar, the chairperson of the youth group, told Radio Ergo they assessed the situation of the displaced families before holding meetings with local business people to organize donations.

Halimo Mohamed Abdi, a mother of four, came with her family toShilaboin 2017after her village was attacked by armed men.

She said she was grateful for the support that came at a good time, as they last received aid a month ago when the local authorities distributed bags of millet.

“We were desperate at the time these youth reached us here. They delivered water which quenched our thirst. Now every family has water to drink and to cook with,” she said.

Abdi Farah Suileman and his 10 children move toShilabo to escape drought that hit rural areas in Qorahay region in 2017, killing his 230 animals.

“We builta shanty here and stayed. I do not work so we only rely on what we receive,” he said.

The assistance by the youth meant his children could all get something to eat.

“At the beginning we got some help from relatives but after sometime they ceased the support. Now we were helped by these God-sent youth; we are now able to cook,” he said.