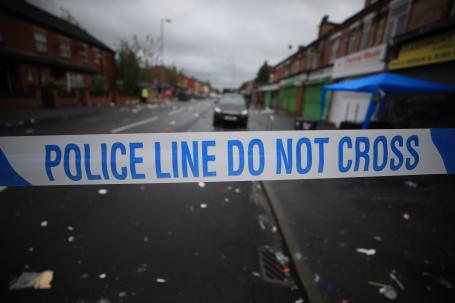 AT LEAST 12 young men of Somali descent have died in knife attacks in London in the last year. It’s an alarming statistic that’s sent shockwaves through the Somali community in the capital.

Now, some families are considering sending their children away for their safety.

London resident Fowzia Ahmed, whose son was stabbed to death said: “It was an evil incident, and sealed the fate of my son.

“It was Tuesday; he came down from upstairs around 3pm. I told him to eat lunch I’d cooked. He didn’t eat the rice, he ate cereal.

“Then I asked him to vacuum the house for me. He was about to, but suddenly told me that he was going out and would come back in five minutes. He opened the door.

“A few minutes later, I thought he was still standing outside. But I got a call from my daughter telling me that Abdullahi had been stabbed.”

Fowzia isn’t the only Somali parent grieving. In the past year, at least 12 Somalis have died in knife attacks in London – that’s a rate of one every month.

Fowzia added: “Abdullahi was the youngest of my five sons. He was a baby to me. He used to share a bed with me, he was my baby. I used to go to work early in the morning, at 6am.

One father, who didn’t want to reveal his identity, told how his stepson was stabbed. He said: “He had exams and wanted to go the library with some school friends.

“He was at the train station. Suddenly he was attacked with a knife. He ran away, but they chased him and stabbed him in the back. He was also injured in the face.”

His stepson survived, but for the boy’s own safety he was sent abroad. It is nearly always young men involved.

Police figures show that in just the first four months of this year, there were five murders of young men of Somali decent – the youngest was just 17 years old.

Knife crime is increasing in the UK but some members of London’s Somali community feel they are often targeted. One said: “It is has two sides. On one side, there are incidents where a Somali person was targeted merely because they are Somali.

“There was one attack in east London which we think was down to rivalry between two gangs. The guy had no connection with gangs but we think was killed because he was Somali.

“On the other side, in north London for example, there are mixed groups who sometimes fight with knives and it could be between Somalis or any other nationality.”

There are many Somali parents who fought very hard to rescue their children from violence and anarchy in their homeland and bring them to a peaceful and a more secure future in the West.

They didn’t foresee the realities of how their loved ones would get entangled in dangerous crimes. Some of those parents are now considering whether they should send their children back home for safety.