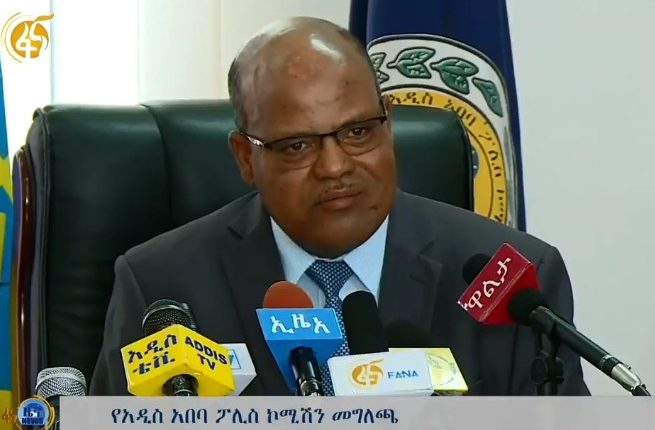 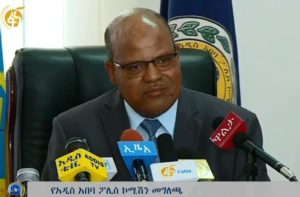 The Addis Ababa Police Commission said 28 people have died due to the unrest occurred in the city last week in connect with flag raising and other illegal activities.

Major General Degfie Bedi, Commissioner of Addis Ababa Police Commission, told journalists today that 14 people in Kolfe, five in Addis ketema, one in Arada, 3 in Lafto and five in kirkos sub cities died in the unrest happened from 12-17 September 2018.

Most of them died by beatings and hitting with sticks and stones. Seven people were killed by security officers, the Commissioner said.

One person was killed due to an error by a police officer and the officer had been detained, Major General Degfie noted.

One person was killed while trying to loot a court, while the other five individuals were killed in the violence occurred on September 17, 2018.

Major General Degfie Bedi expressed his deep sorrow over the loss of lives in the unrest.

In order to quell the unrest, police have detained many people engaged in illegal activities, according to the Commissioner.

However, most of them were released after a necessary investigation was conducted and by offering them counseling, he said.

About 1,204 people, who took part in the violence directly, are currently held in Tolay camp and they will be given training, he said.

The Commissioner further said works were underway to bring to justice 107 suspects drawn from all the 10 sub cities of Addis Ababa.

Police have detained close to 2,000 people from Shisha, gambling and Khat houses. However, most of them were released except those 94 people who were held from gambling houses.